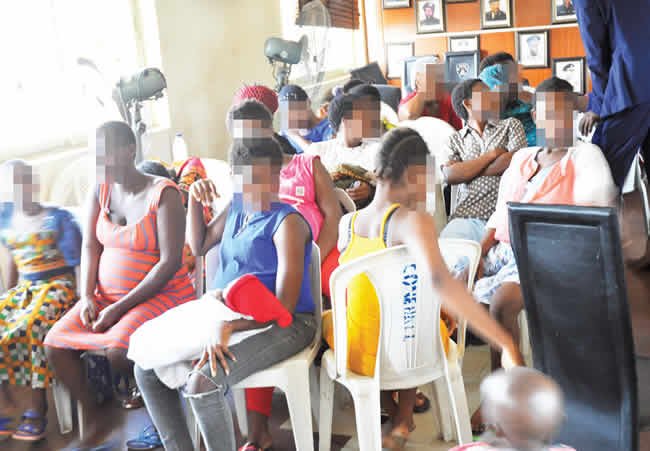 Some pregnant women residing in Lagos state have said they are no longer conformable using state government-owned health facilities for antenatal care and delivery, alleging extortion, high cost of delivery, and multiple payments for health services.

The expectant mothers some of whom are petty traders claimed that the cost of antenatal registration and delivery in Lagos health facilities is gradually getting out of reach of poor women, lamenting that the situation has pushed a lot of women to their untimely death as the high cost forced them to patronise quacks and traditional birth attendants for delivery.

Speaking with our correspondent, some of the pregnant women said using state health facilities now places a huge financial burden on poor families, lamenting that the exorbitant charges of the hospitals start from the point of antenatal registration, though each antenatal visit to the time of delivery.

Physicians say these complaints by pregnant women should be a cause for concern to the government, warning that it could lead to an increase in Nigeria’s already high maternal and infant mortality rate.

To investigate the allegations of the pregnant women, our correspondents went around some general hospitals in the state, and findings revealed that expectant mothers pay as high as N35,000 for antenatal registration and N75,000 for normal delivery besides being mandated to provide surgical gloves, plasters, syringes, bleach, detergent, cotton wool, etc, for delivery after making these payments.

Our correspondent also finds out that some expectant mothers, especially those in their third trimesters, are also now being asked to provide doctors with hand gloves before they are examined by doctors during each antenatal visit.

At Randle General Hospital, (Mother and Child Centre) Surulere, a 28-year-old mother of one, who is pregnant with her second child, told our correspondent that she struggled to raise money for her antenatal registration at the facility while her husband, a worker at a fast food restaurant, is now saving little by little for her delivery.

Sharing her frustration with PUNCH HealthWise, the Kwara State indigene who simply identified herself as Mrs. Idris said, “I registered here for my antenatal care in April with the sum of N35,700. After that, I have been paying N1,500 each time I come for antenatal care.

“The N1,500 is for urine and glucose tests. The government should have at least made these tests free of charge for us. I am a petty trader and my husband works in one of the food outlets in the state. They pay him N35,000 per month. We struggle to feed twice daily and I am seven months gone.”

Mrs. Idris told our correspondent that she has not been able to buy baby things even though her delivery is fast approaching.

Continuing, she said, “Now, I have been given a list of items to buy for myself, my baby, and the hospital for delivery. I have not bought any baby things because there is no money.

“For hospital use, I was asked to buy a razor blade, a packet of surgical gloves, detergent, a roll of cotton wool, and a bottle of bleach. After buying all these for them, I will still pay N38,000 if I have a normal delivery.

“If I have a normal delivery with tears, I will pay N41,500 and also buy the injection and syringes that would be used.

“Is that not too much for poor people to afford particularly at this time that the economy is hard?”

At Mushin General Hospital, another pregnant woman, Mrs. Bisola Yusuf, 25, who is five months pregnant, says the state government should consider the plight of indigent pregnant women, adding that the state should make some of its healthcare services free, especially the antenatal care registration.

The local tailor and mother-of-two lamented, “They collected N15,000 for antenatal care registration and N6,200 for the test. The cost of normal delivery is N27,400, CS delivery is N107,000 while the admission fee is N17,500 for women who are on admission before their delivery.

“After making these payments, the health workers will still demand that you buy items that they would need to take the delivery.

“I was given a list and some of the items that I need to buy for delivery include surgical gloves, detergent, bleach, catheter, mackintosh, cotton wool, etc.

“It’s cheating to still demand that we buy those items after paying for delivery. At every antenatal care visit, I am asked to pay N200 for a urine test. Can’t Governor Babajide Sanwo-Olu provide us such a service free of charge or make antenatal care registration free?”

Another expectant mother using Mushin General Hospital who preferred anonymity told our correspondent that doctors at the hospital are beginning to demand hand gloves during antenatal care visits before they examine the stomach of the women, especially those in their third trimester and are nearing delivery.

Our correspondent gathered that some pregnant women who delivered through CS at the secondary facility are also asked by some health workers to buy CS delivery packs after paying N107,400 for the surgery.

During a visit to Somolu General Hospital, our correspondent observed a similar experience of paying for delivery and buying items for delivery at the hospital.

Our correspondent gathered that antenatal registration is N20,000 while normal delivery is N29,000.

One of the expectant mothers using the facility, however, said they usually pay N200 for urine tests at every antenatal care visit.

According to the World Bank estimates, Nigeria’s maternal mortality rate is still as high as 821 per 100,000 live births.

Also, according to the 2018 Nigeria Demographic and Health Survey, 61 per cent of live births do not take place in a health facility.

Recall that the Lagos State Governor, Mr. Babajide Sanwo-Olu, in September 2021, launched a Mother, Infant, and Child Initiative to address the nutritional needs of 5,000 pregnant women across the 57 Local Government Areas and Local Council Development Areas.

The governor while unveilling the initiative had assured that the state government will be reaching out to indigent pregnant women to cater for their care during the period of their pregnancy, noting that this will help ensure safe delivery, healthy mother and child. The target, governor Sanwo-Olu said, was to reach 5,000 underprivileged pregnant women.

However, visits by PUNCH HealthWise to the above-listed health facilities showed that pregnant women are asked to pay for most of the services rendered by the hospital even as the economy bites harder.