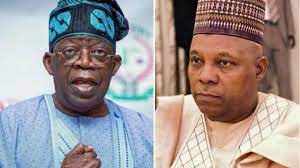 The National Chairman of the South West Agenda for Asiwaju 2023, Senator Adedayo Adeyeye, has accused the opposition Peoples Democratic Party of distracting Nigerians by campaigning against the Muslim-Muslim ticket of the ruling All Progressives Congress for the 2023 presidential election.

Adeyeye alleged that the presidential candidate of the PDP, former Vice-President Atiku Abubakar, despite being a Muslim wanted to be running mate to the late Chief MKO Abiola, a Muslim, for the 1993 presidential election.

According to the former spokesman for the PDP, the bigger issue is the fact that the opposition party jettisoned its North-South power rotation formula, which is prescribed by its constitution, and not the APC flying a Muslim-Muslim ticket in 2023.

Addressing the issue in an interview with select journalists in Abuja on Saturday, Adeyeye said, “The PDP is trying very hard to put the issue of Muslim-Muslim ticket on the front burner. But to me and for any patriotic Nigerian, it is a mere distraction. It is a desperate attempt by the PDP to clutch at any straw at all when they are just too aware that they are headed for the dungeon.

“In 1993, the issue before Nigerians was that power should rotate, not the Muslim-Muslim ticket. Even Alhaji Atiku Abubakar himself wanted to be running mate to MKO Abiola. We all knew that. But MKO Abiola opted for (Babagana) Kingibe. So, it was not an issue for him then. Why should Muslim-Muslim ticket be an issue for him now? He wanted to be running mate to Abiola who was a Muslim then.

“So, those who are promoting this should know too well that they are just desperate to clutch any straw to keep them afloat because it is their futile attempt to prevent their dropping into the bottom of the sea.”

According to the SWAGA chairman, APC’s Muslim-Muslim ticket is what will unify Nigeria. He noted that under the Tinubu-Shettima administration, Nigerians will see that it is fair to all. “We may even have a situation in which people will begin to think of reverse discrimination, because these two persons will make every effort to please everybody – to please the Christian fold if not more than their Muslim brothers because they don’t want to create an impression that they are against any religion,” he said.

Adeyeye stated that Christians should be rest assured because of the fact that Tinubu has a Christian wife, Senator Oluremi Tinubu, saying, “It is enough comfort to anybody – for the Christendom.”

He said, “So, I believe that the issue of the Muslim-Muslim ticket will soon fade away. What will not face away is the issue of the zone from which the president (presidential candidate) is coming from. On the day of election, people will ask themselves, ‘Do I want power to remain in one region or I want it to go to the other side to maintain balance?’

“That is the issue. And I believe the PDP, knowing full well that it has violated that key principle, which is contained in its constitution, which its members expected, which Nigerians expected from it, they are trying to find ways to distract Nigerians but Nigerians cannot be distracted. That is the critical issue.”