POLITICIANS KILLED THE ESSENCE OF RELIGION IN NIGERIA-BISHOP  KUKA 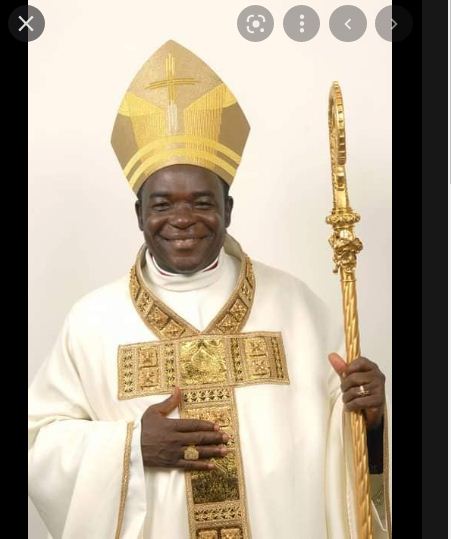 The Catholic Bishop of the Diocese of Sokoto, Matthew Hassan Kukah, says the fabric of religion in Nigeria has been torn by vicious and toxic politics.

He also bemoaned the deepening security crisis in the country saying those close to him have been victims of the country’s parlous and precarious situation.

Kukah spoke while delivering an anniversary lecture at the flag-off ceremony of the 70th Anniversary, Logo and Mascot launch of the order of the Knights of Saint Mulumba, KSM Nigeria on Saturday.

Bishop Kukah urged Christians to fight back against those who are threatening their existence.

He disclosed that Nigeria now ranked as the 9th worst country for Christians to live in the world.

He said, “Now Nigeria is being ranked as the 9th worst country for Christians to live in. We are number nine and Iran is number eight, everywhere I go, people keep asking me what is happening to Christians and Muslims in Nigeria. Toxic politics has now poisoned our religion.”

He explained that though he is not a Veterinarian but was told that when a dog is barking, you walk towards it because if you turn back, it would attack, advising that Christians must walk towards the barking dog.

Bishop Kukah noted that for the past three weeks his Priest, a young man and a sister have been in captivity, stressing that the Nigerian state wants to pretend that negotiations with kidnappers don’t happen but in reality it does.

He said his people were negotiating with the kidnappers as there is no other way to retrieve his Priest and sister and that at the last conversation, the kidnappers have agreed to release the victims if N20 million is paid but he does not have such monies anywhere.