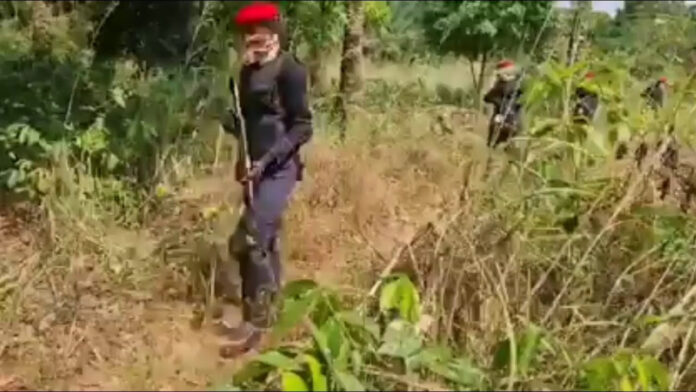 Economic and commercial activities in South East were in full swing across the five states on Monday as residents observed the cancellation of sit-at-home by the Indigenous People of Biafra.
This is just as the Imo State Police Command gunned down a suspected member of the Eastern Security Network trying to attack a traditional ruler’s palace.

Across the states, people were seen going about their normal businesses as most shops, businesses and markets were opened for business.
Apart from banks and offices that were closed due to the public holiday declared by the Nigerian government, buying and selling were fully operational and commercial vehicles were seen doing business.
Every state was a bee-hive of activities even as wedding ceremonies, burials and community activities and festivals were observed. Vehicular and human movements went on unhindered, indicating that normalcy has returned.
In Enugu metropolis, normal activities went on smoothly.
Normal flight schedules were also maintained from the Akanu Ibiam International Airport by airline operators.
The major markets were not open because they were still closed as directed by their leaderships for the New Year celebration. But trading went on outside the closed markets for people who came to make one or two purchases, especially foodstuffs and other edibles.

However, the population in the city centre was scanty as many people who travelled to the hinterlands for the New Year celebration were yet to come.
The residents of Anambra State appeared to have forgotten the Monday sit-at-home as marriage ceremonies and community activities took place in many parts of the state yesterday. The markets in Awka opened for business and most of the filling stations were also operating.
The Imo State Police Command said member ESN members were injured as they attempted to attack the palace of the Chairman of  Imo State Traditional Rulers Council, Eze Emmanuel Okeke.
The state Police Public Relations Officer, PPRO, Micheal Abattam disclosed this to newsmen in Owerri.
The police said the incident, which happened at about 1pm in the Amaifeke community in Orlu local government area, saw other hoodlums who sustained gunshot injuries jump into the forest.
On how the police got to know about the planned attack, he said, “Sequel to the recent attacks on the palaces of some traditional rulers in the state by some unknown gunmen, the Commissioner of Police, Imo State Command, CP Rabiu Hussaini, in his bid to curb this menace deployed the command’s tactical teams to patrol every community in the state while closely monitoring the palaces of traditional rulers.

Today, the 3rd of January, 2022 at about 0100hrs, the strategy paid off as the Command’s tactical teams working in synergy with vigilante groups of the area were able to repel the attack/attempt to set the palace of Eze Imo; HRH Eze Dr E. C. Okeke on fire by men suspected to be members of the proscribed IPOB/ESN groups at Ezioha Amaifeke in Orlu LGA of Owerri, lmo State.
“The hoodlums, in their numbers, besieged the palace of the traditional ruler armed with assorted weapons but were subdued by the superior fire-power of the Command’s tactical teams and in the process, one of the hoodlums was neutralised while others fled into the bush with bullet injuries.”