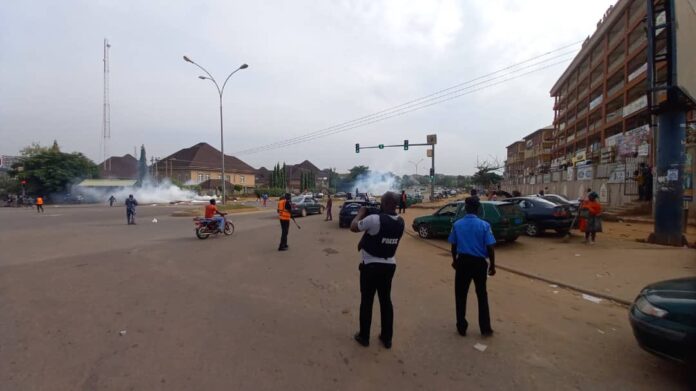 The Nigeria Police Force thwarted a protest on June 12 in the Gudu area of the Federal Capital Territory when they stormed the area and began firing teargas canisters.

The protest started around 8:30 a.m. and was going well, with protesters, mostly young people, expressing their dissatisfaction with the state of the country.

When security operatives began shooting, the protesters, who chanted “Buhari must go,” “Say no to injustice,” and other solidarity phrases, took to their heels and scurried for safety.

As security operatives bombarded the demonstration ground, our correspondent, who was covering the protest and streaming it live on Facebook, ran for cover as well.