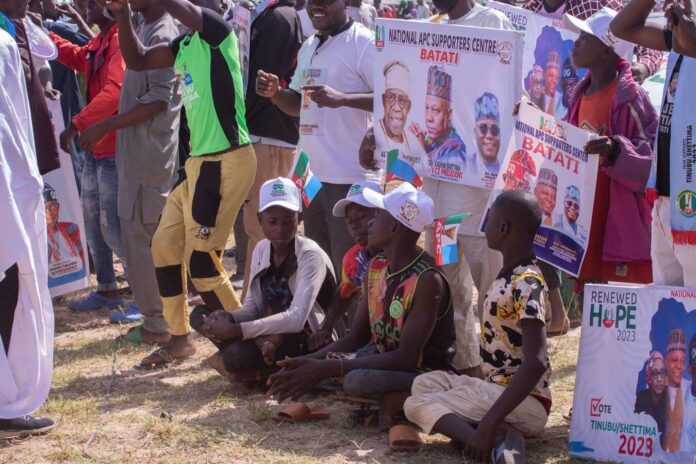 Among the first set of people to troop out ahead of Asiwaju Bola Ahmed Tinubu’s campaign rally in Niger State were physically challenged residents of the State.

The crowd of people waiting for the arrival of the All Progressives Congress (APC) 2023 presidential candidate could not wait to see him.

The signs of anticipation were seen on their faces, but more fascinating was the carnival-like atmosphere created by the party faithful in Minna, the Niger State capital, ahead of the Jagaban of Borgu’s expected arrival.

Women and youths were also seen on the streets as the residents eagerly anticipated the arrival of the APC presidential candidate and his running mate, Kashim Shettima.