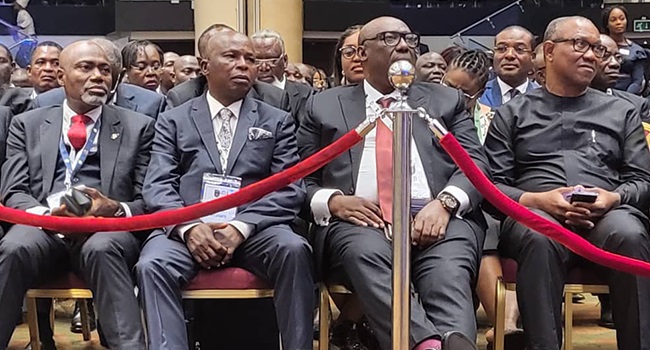 However, Vice-Presidential candidate of the APC, Kassim Shettima, was present at the conference.

The Presidential candidate of the African Democratic Congress (ADC), Dumebi Kachikwu and that of the Social Democratic Party (SDP), Prince Adewole Adebayo, were also in attendance.

The 2022 NBA Annual General Conference, with the theme “Bold Transitions”, is being held at the Eko Atlantic City until August 26.

The arrivals of the politicians shook the auditorium as their supporters hailed them with rapturous applause and hailings as the development has gotten social media talking.

While delivering his speech, Atiku said, “I am a product of developed powers and I know what the regional governments did with those powers. That’s why I’m advocating for restructuring.

Nigerian renowned novelist, Chimamanda Adichie was also present at the event and was billed to address the participants.