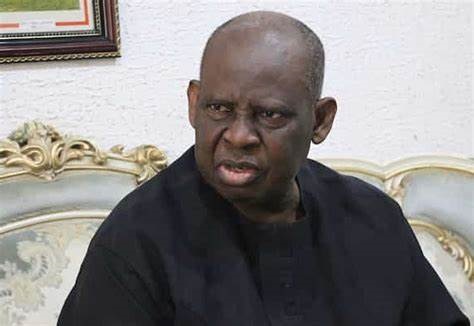 A member of the Board of Trustees of the Peoples Democratic Party, Prof. ABC Nwosu, has resigned his membership of the party.

He cited the refusal of the party to respect its power rotation/ zoning principle as reason for his action.

The elder statesman who is a known ally of the Presidential candidate of the PDP, former Vice President Atiku Abubakar, conveyed his decision to quit the party in a letter dated January 12, 2023 which was addressed to the National Chairman, Dr. Iyorchia Ayu and the acting chairman of the BoT, Adolphus Wabara.

In the letter, Nwosu said he was leaving the party because of its failure to adhere to the zoning arrangement in its constitution.

It read in part, “I hereby resign my membership of the People’s Democratic Party and its Board of Trustees with effect from today Thursday 12th January 2023,” the letter reads.

“This resignation for me is a matter of conscience and principle because of the Party’s inability to adhere to the rotation provision in its (PDP) constitution.

“The journey to rotational presidency between the North and South of Nigeria has been a long and arduous one and I have been involved.”

Nwosu equally said the opposition party “must learn” to respect the provisions in its constitution and the agreement reached by party members.

He maintained that, “Nigeria and the Peoples Democratic Party (PDP) must learn to keep to an agreement reached by a Constituent Assembly (1995), and enshrined in the Party’s (PDP) Constitution (1998),”

Recall that months preceding the party’s Presidential Primary, various interest groups including Southern Governors of PDP extraction, demanded that the Presidency be zoned to the South after President Muhammadu Buhari’s tenure.

Specifically, party faithful mounted pressure using various platforms to demand that the party zone its Presidential ticket to the South.

However, the party’s national executive committee (NEC) approved the report of its zoning committee which recommenced that the presidential ticket should be thrown open to all zones.

However, intrigues took the better part of negotiations ahead of the PDP presidential primary election held in May 2022, leading to the emergence of Atiku as the party’s Presidential candidate.

The party is battling to resolve the internal strife which emanated from events which followed.