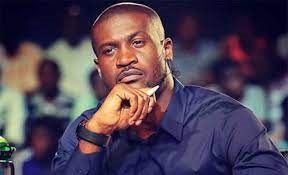 The reason other presidential candidates’ supporters attack Peter Obi, Labour Party flag bearer for the 2023 presidential elections, is that their candidates are bad products with nothing to offer.

Peter Okoye of the twin-brothers’ music group, PSquare, made this daclaration on Tuesday, stating that they (supporters of Obi’s opponents) could not sell their candidates without attacking Peter Obi.

Peter, also known as Mr. P, made this known in a post shared via his Twitter handle.