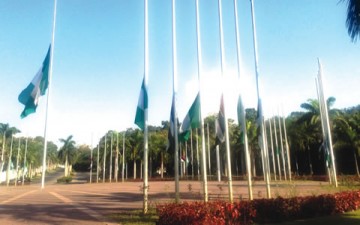 Flags are flying at half-mast in Lagos following the Governor’s directive.

The decision to mourn the victims came at a Southwest Governors’ June 10 virtual meeting, which reviewed the security situation in the region.

The Governors vehemently condemned the horrendous crime perpetrated by terrorists against the peace-loving people and residents of Owo, Ondo State.

The meeting recommended an increase in the scope of surveillance of the activities of undocumented settlers by security agencies in all the States.

Governor Sanwo-Olu urges Lagos residents and visitors to remain law-abiding and vigilant as the government is doing everything to ensure that peace continues to reign in the State.