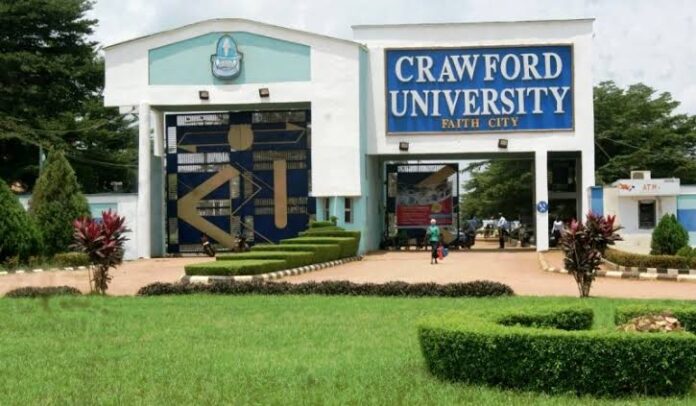 Prof. Reuben Kolo, the Vice-Chancellor of Crawford University, Igbesa, Ogun State, says only superior knowledge and creative innovations on a national scale can confer on a nation the much desired comparative advantage among its peers.

Kolo said this on Friday in his address of welcome at the festschrift organised by the Crawford University in honour of the immediate past Vice-Chancellor of the institution, Prof. Rotimi Ajayi.

In a statement by Layi Olajumoke, the institution’s Public Relations Officer, Kolo said that national leadership and other sundry policymakers should create human capital development through ICT-based knowledge.

“It must be driven home that wealth creation through human knowledge has by far overtaken wealth from natural resources and, hence, the very urgent necessity to develop critical human capital equipped with ICT-based knowledge.

“Government should mainstream policies that irreversibly prioritise ICT, and knowledge based economy.

“As a result, this Festschrift has strongly challenged the Nigerian Universities for pragmatic repositioning in the digital revolution of the 21st Century and move the Nigerian economy into the competitive knowledge economy,” he said.

Olajumoke said in the statement that the event heralded the public presentation of the festschrift book with the title: “Repositioning Nigeria Universities for the Digital Revolution of the 21st Century”.

“The book is in honour of Prof. Rotimi Ajayi, the immediate-past Vice-Chancellor of the institution and a renowned Professor of Physics.

“Inputs into the book came from a collection of scholars across the universities in the Federation held at the Multipurpose Hall of the university.

Olajumoke in the statement defined a Festschrift as a compilation of scholarly articles addressing particularly identified issues of interest to a particular distinguished scholar in honour of whom the book is launched.

She said that festschrift presentation had in the past been put together in honour of late Prof. Oyewusi Ibidapo-Obe, OFR, a former Vice Chancellor of the University of Lagos and the immediate past Pro-Chancellor of Crawford University,’’ he said.

Olajumoke added, “Prof Rotimi Ajayi is passionate about the issue of digitization of the nation’s tertiary institutions.

“And also, how it can rapidly transform the National Universities System, affording a quantum leap for the system to measure up to global standard.”

The statement stated that the Olota of Ota, Oba Adeyemi Obalanlege, Ekun II, the Guest of Honour at the event, pointed out the need for educational policymakers to look to the employability of the products of our nation’s tertiary institutions.

“This will bring out a fit-for-purpose manpower that will turn around the socio-economic fortune of our nation,’’ he said. (NAN)