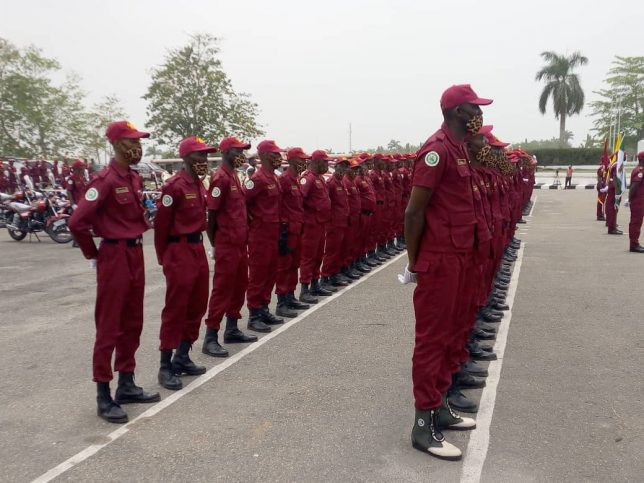 The event which was held at the arcade ground, Oke-Mosan, Abeokuta also featured the inauguration of patrol vehicles and motorcycles for the operation of the corps.

The corps is expected to assist the state in tackling insecurity, especially in Ogun West Senatorial districts, with records kidnapping and attacks of farmers by killer herdsmen.

The Corps will be under the watch of David Akinremi, a retired Commissioner of Police who was appointed by the state Governor to be the pioneer Commander of Amotekun in the state.