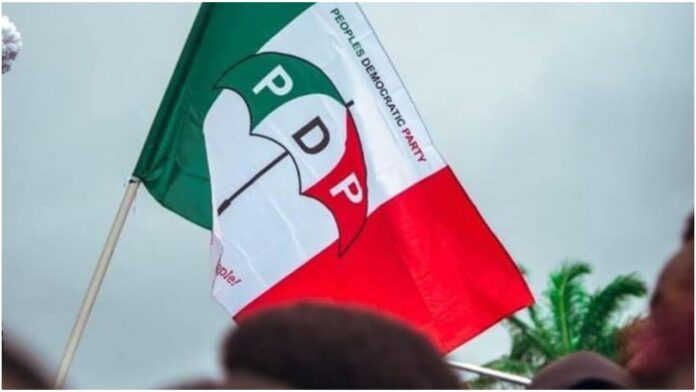 The Deputy Chairman of the Peoples Democratic Party in Ogun State, Hon. Leye Odunjo, has resigned from his position.

The former House of Assembly member also announced his withdrawal from the opposition party in a letter he wrote to the PDP National Chairman, Sen Iyorchia Ayu, on Thursday.

In the letter, sent through the Ogun State Chairman of the PDP, Sikirulai Ogundele, he said: “I humbly write to inform Your Excellency of my decision to resign as the state Deputy Chairman of Ogun State and as a member of the party.”

Odunjo did not state any particular reason for his defection from the party.

He, however, disclosed that his decision to leave the PDP was “personal and divine.”

On the platform of the PDP, he was elected twice as a member of Ogun State House of Assembly.

At various times, he was a governorship aspirant, House of Representatives aspirant and the senatorial candidate of the party in the 2019 election.

“This will come as a rude shock to many of the party members,” Odunjo posited as he appreciated Ogundele and all members of the State working committee for their support and the love they shared together.

The Ado-Odo/Ota Local Government indigene said: “It was nice working with you all. I’m going to miss you all.