Obasanjo’s father figure to us not ally – Osuntokun 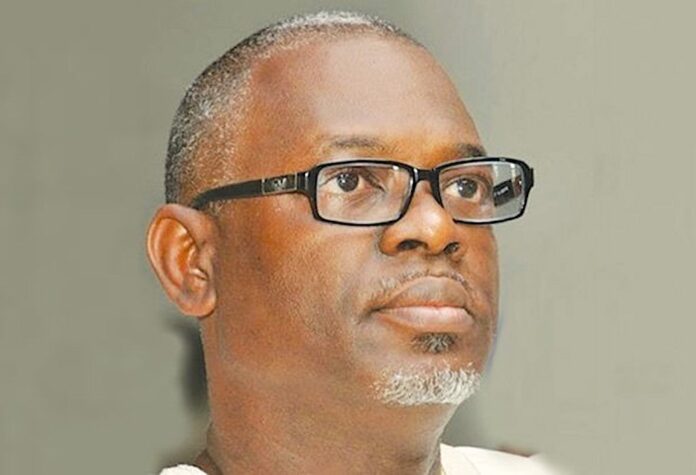 The newly appointed Director General (DG) of the Presidential Campaign Council (PCC) of the Labour Party (LP), Akin Osuntokun has described former President Olusegun Obasanjo as a father figure to LP presidential candidate, Peter Obi’s camp and not an ally.

Osuntokun stated this in an interview on Channels Television’s Politics Today on Wednesday, adding that Obasanjo is “fully backing” Obi

When asked if Obasanjo is “fully backing” Obi’s campaign, Osuntokun responded with an emphatic “Yes!”

Recall the LP announced the former presidential aide as its new presidential campaign DG, following the resignation of Doyin Okupe whom a Federal High Court in Abuja on December 19 found guilty of violating the Money Laundering Act.

Osuntokun said, “He is a father figure. That’s a better description of the relationship. He (Obasanjo) is a father figure to us, not an ‘ally.’ Assuming that what you are saying is correct, am I not qualified for the job? Am I not competent for it?”

Asked if his appointment was based on the recommendation of the former president, Osuntokun said, “You’ll have to ask the presidential candidate, my principal, whether it was an Obasanjo slot and that was how the position was filled.

“Don’t forget that I was the immediate zonal coordinator of the campaign in South-West, so this is essentially an elevation. It is not that I’m just joining the campaign organisation, but if you say that it’s Obasanjo’s slot, people have different perceptions and you’re at liberty to say so.”

The campaign DG argued that the focus should not be on who is behind his appointment, but what he brings to the table.

“Forget about who recommended me or whether I’m filling the slot of somebody. That is not an issue. It’s my capacity and competence to do the job that matters most. If Obasanjo recommends a very competent person who will lead the party to victory, why should I have any issues with that. For me, it’s a non-issue,” he said.

On Okupe’s removal, Osuntokun described the ouster as a bittersweet experience.

According to him, the bitter part has to do with the circumstances of his predecessor’s exit.

“That’s the first judgment I’ve heard that was essentially exculpating the person standing before her. She said it was an honest mistake — that is, the judge, not the lawyer of the defence. (For) the party, in such circumstances, for me, it’s not a good thing.

“He deserves a better exit than that. Nonetheless, life must go on. I’m back to familiar territory. I’m used to presidential campaigns. I like two before — 2003 and 2007 — as political adviser, and as a campaign coordinator for President Goodluck Jonathan in 2011,” he said.

Osuntokun however noted that he is no longer a member of the Peoples Democratic Party (PDP), arguing that a party’s campaign organisation must not be confused with the party hierarchy.

“There is a sense of deja vu; when I was appointed the director of publicity by President Obasanjo in 2022, I was not a member of PDP. But once I assume the office, then of course effectively, I’ve become a member of the Labour Party. So, to that extent, I’m a member,” he said.