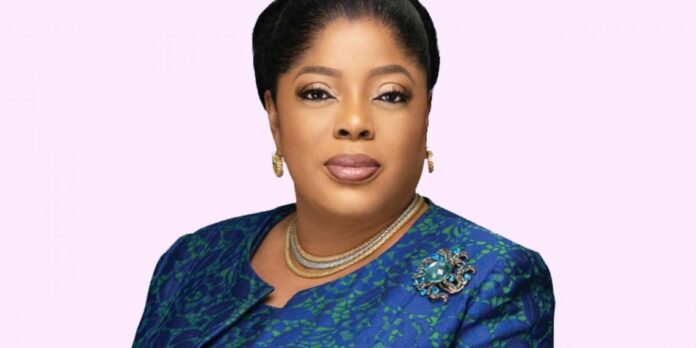 Fidelity Bank under the leadership of Nneka Onyeali-Ikpe has fired over 200 staffer, handed them a paltry N200, 000, ENigeria Newspaper gathered.

Over 200 Fidelity Bank staff in Nigeria received their disengagement letters after attending regional training in certain states, according to reports.

A few weeks after they were invited for “training,” they received their disengagement letter, which was accompanied by their ex-gratia – an amount of N200,000 regardless of years of service.

Some bank employees received a letter in July announcing their selection for training. They arrived home with the news that they had lost their jobs after attending the training.

According to the email sent to each of the laid-off employees, they were required to attend a training on the designated date and at a location based on their workplace’s region. Workers from the South West gathered in Lagos for regional training, while others gathered in Abuja and Kano.

“None of us had any idea what the training was going to be about. We went since it was from the bank, and we were taught how to be POS operators. I took the course at the Lagos Chamber of Commerce in Ikeja.” one of the retrenched employees, Tola (not her real name), revealed.

After the training, Akeem Odion, Head of Operation, Fidelity Union Securities Ltd (FUSL), addressed the participants and informed them that they no longer worked for the bank. He vowed that the bank would compensate them in some way, but he had no idea how much.

Patricia (not her real name), another of the fired employees, claimed that she had to travel while pregnant, experiencing the agony only to arrive at training and be told verbally that they had been fired.

“As indicated in the correspondence, people from various branches attended the training. I traveled to Lagos from Ado-Ekiti with a three-month pregnancy, only to be informed that I had lost my job during the training. Why didn’t they just send an e-mail instead? We could have saved a lot of time and effort if we had just sent the mail directly,” she explained.

After the verbal announcement, they received emails advising them of their disengagement a few days later. The email, however, left a sour taste in the mouths of the employees because it said that they would be paid an ex-gratia rather than a severance pay, as many of them expected.

“Rather than telling us we had been fired, they organized a workshop to educate us how to become independent POS operators who could still produce money for the bank even if we were fired,” Idowu says (not real name said).

“We know we won’t be able to work for Fidelity indefinitely, but all we want is to be paid what we’re owed.
Regardless of their years of service, all retrenched staff got an ex-gratia payment of N200,000 on average. Tola (not his real name) argued that he had dedicated a significant portion of his life to the bank and, as a result, deserved a fair severance payout rather than an ex-gratia payment.

Tola began working at the Nnkea Onyeali-Ikpe-led Fidelity Union Securities Ltd (FUSL) in 2007 as a staff member with an Ordinary National Diploma (OND). He and many other note counters were promised that if they sought and submitted their Higher National Diploma (HND) or undergraduate degrees, they would be promoted to full staff.

Tola isn’t the only FUSL employee that has spent that much time with the company. Others, he claims, spent up to ten years, more than ten years, and even 23 years. They were all fired with barely N200,000 as a severance package.

The retrenched employees’ efforts to ensure that they receive a fair remuneration that is commensurate with their contributions to the bank have been fruitless.

This isn’t the first time Fidelity Bank has done something like this, Prior to the tenure of Nneka Onyeali-Ikpe as MD/CEO, drivers were in similar situation in 2017, they protested and argued. It was eventually determined that for each year they worked in the bank, they would be paid N100,000 every year. We, too, are deserving of the same, if not more.”

In 2017, it was reported that roughly 50 dismissed drivers blocked the bank’s headquarters on a Monday morning because their severance payouts had not been paid.

The bank’s drivers also staged a protest in 2018 over non-payment of their entitlements.
When approached, FSL’s Head of Operations, Akeem Odion, stated he couldn’t respond over the phone. He invited the reporter to his office for answers to the reporter’s inquiries.

Sheikh Muhammed, Secretary of the National Union of Banks, Insurance and Financial Institution Employees (NUBIFIE), a Nigeria Labour Congress (NLC) affiliate group, said on Friday that the organization had been informed of the ongoing dispute and was trying to resolve it.

“I received the report and directed them to gather all of the issues so that we may begin a conversation with management. Sheikh stated, “We are working on it.”