NIGERIA RATED 11TH MOST MISERABLE COUNTRY IN THE WORLD 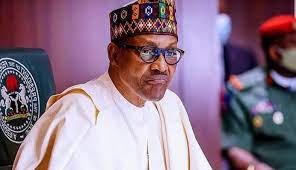 Hanke’s Annual Misery Index has rated Nigeria as the 11th most miserable country in 2021.

According to the report, which analysed 156 countries by calculating their unemployment rates, inflation, prevailing lending rates and GDP growths, Nigeria went from 15th among the most miserable countries in the world’s ranking in 2020 to 11th in 2021.

The figures, published on the verified Twitter handle of Steve Hanke, a professor of applied economics at John Hopkins University, showed that Nigeria was the fourth most miserable country in Africa last year, only behind Sudan, Zimbabwe and Angola.

According to the report, the five least miserable countries were Brunei, Switzerland, China, Taiwan, and Japan. The United States ranked 95th, making it the 14th least miserable nation of the 108 countries on the table.

The latest report by the economic expert once again underlines the instability of the Nigeria’s economy in the last seven years, captured by two recessions between 2016 and 2019.

According to the National Bureau of Statistics, the consumer price index (CPI), which measures inflation, increased to 15.92 percent year-on-year in March 2022. Figures by the NBS also pegged Nigeria’s unemployment rate at an all-time high of 33.3 per cent.

The latest figures bring Nigeria’s misery index points to 49.22, a significant uptick from the 41.12 index points recorded at the start of Buhari’s term.

In a recent report titled, “Africa Faces New Shock as War Raises Food and Fuel Costs,” the International Monetary Fund, in its Regional Economic Outlook, said that it expected Nigeria’s economic growth to slow to 3.8 per cent this year from last year’s 4.5 per cent.

The report said the effects of Russia’s invasion on Ukraine would be deeply consequential, eroding standards of living and aggravating macroeconomic imbalances.

“We now expect growth to slow to 3.8 per cent this year from last year’s better-than-expected 4.5 per cent, according to our latest Regional Economic Outlook. Though we project annual growth to average four per cent over the medium term, it will be too slow to make up for ground lost to the pandemic.”

Inflation in the region is expected to remain elevated in 2022 and 2023 at 12.2 per cent and 9.6 per cent respectively—the first time since 2008 that regional average inflation will reach such high levels, the report said.