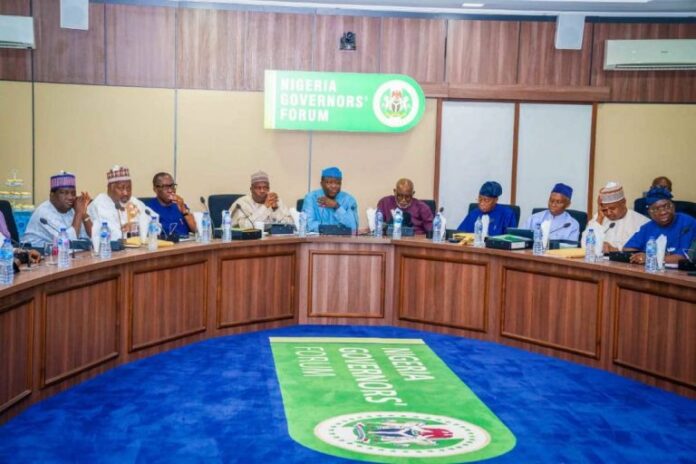 The Nigeria Governors’ Forum (NGF) has finally agreed to implement autonomy for state legislature and judiciary, with effect from May.

Kayode Fayemi, Ekiti state governor who is the NGF chairman, disclosed this to state house correspondents on Monday.

Fayemi said the decision was reached in a meeting attended by federal lawmakers, representatives of the judiciary and legislative staff, and Ibrahim Gambari, chief of staff to the president.

The Judiciary Staff Union of Nigeria (JUSUN) is currently on strike recently to protest the government’s failure to implement autonomy for the judiciary.

President Muhammadu Buhari had signed an order to that effect in May 2020, but the gazetting of the order was suspended after the president met with governors — triggering reports that the governors were frustrating the move.

Fayemi insisted the governors never objected to full autonomy for the state assemblies and judiciary, adding that “the issue is about implementation.”

“There has been no objection from governors on judicial and legislative autonomies. As a matter of fact, it would not have passed if governors were not in support in the first instance, in the state assemblies,” he said.

“But we don’t just want to agree to something on paper without working out the modalities for implementation.

Thankfully, the meeting we have just emerged from, with the chief of staff to the president chairing, has worked out the modalities to the satisfaction of all parties.

“As soon as the final document that is being cleaned up emerges, that is preparatory to implementation. We’re not going to put a timeframe in the air, but it will be implemented as soon as possible, definitely no later than the end of May 2021.”

He added that the striking judiciary and legislative workers should return to work because, “as far as this has gone, we have met with all the parties concerned.”

”And no later than May, you will start seeing the implementation of the agreement that we’ve reached.”

Earlier on Monday, the senate said the autonomy for state assemblies and judiciary is non-negotiable and that no one stands to lose anything with such in place.