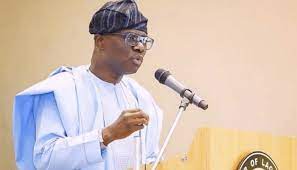 Governor Babajide Sanwo-Olu has ratified the appointment of Prof. Olumuyiwa Odusanya as the substantive Vice–Chancellor of the Lagos State University of Science and Technology, Ikorodu.

Mr Tokunbo Wahab, Special Adviser on Education to the Governor made this known in a statement on Wednesday in Lagos.

This was announced in a statement issued on Wednesday in Lagos by Mr. Tokunbo Wahab, the governor’s special adviser on education.

He said it was imperative to appoint a substantive VC for LASUSTECH to ensure that there was no void in the university’s leadership while maintaining stability.