New Airlines to emerge in Nigeria 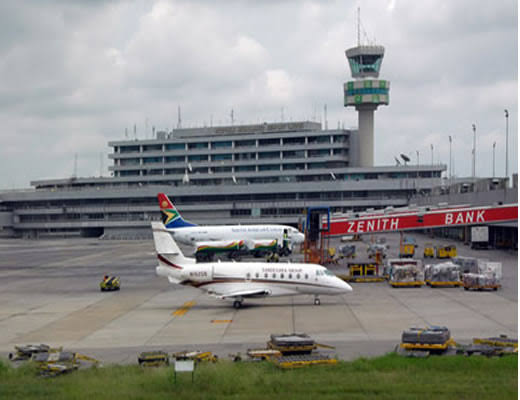 While some new entrants have expressed interest to commence ownership of airlines, others have reached various stages in the acquisition of their Air Operators Certificates (AOC).

It appears that the Nigerian aviation sector has defied the norms, as about 23 airlines (investors) are currently seeking to start their operations in the most populous black nation.

This was disclosed by the Nigerian Civil Aviation Authority (NCAA) in an exclusive interview by its General Manager, Public Relations, Sam Adurogboye.

While some new entrants have expressed interest to commence ownership of airlines, Adurogboye disclosed that others have reached various stages in the acquisition of their Air Operators Certificates (AOC).

Some of the airlines are NG Eagle and Green Africa Airways, which have reached an advanced stage in the acquisition of an AOC. Rano Air, Northeast Shuttle and a host of others have expressed interest too but are still being considered.

He said, “We are currently treating and vetting about 23 applications. More are still coming to operate in Nigeria because they know and believe that there are several opportunities in the sector.

“Most importantly, a lot of them have seen the way safety issues have been tackled in the sector recently. These are the factors that must have boosted investors’ confidence in Nigerian airspace.

“It’s a good thing to desire to come onboard. The process is a black and white thing.

“What you need to do in one phase to go to second, second to third, you fulfil it and the team that is in charge work as a team. It is not by the Director-General at any particular time. It’s a team of engineers, airworthiness inspectors, medical. It’s a team and nobody can influence the other.”

However, aviation experts appeared worried arguing that the nation does not need more airlines but big body aircraft, a friendly business environment and access to cheaper funds.

An Aviation Consultant, Muyiwa Lucas, in a recent interview stated that what the nation needs are big body aircraft, as they can take more passengers and favourably compete with foreign counterparts, who seem to have an edge over them.

He said, “Currently Nigeria is experiencing low capacity. There are not enough aircraft seats to meet the demand of passengers.

“If airlines use bigger aircraft that can take more, it is cheaper than two or three airlines plying the same route and at the end of the day, they are not filled.

“So many people would want to fly now considering the security threats on the road; and air travel is also the fastest, safest and most reliable means of travel.”

Another hurdle that curbs growth in the industry is cheap credit. Capt. David Olubadewo, Managing Director, Starburst Aviation Limited and a Nigerian based in the UK, explained that most of the airlines and other industry stakeholders could not access cheaper loans because banks believe that the sector is too difficult to invest in.

“But that is wrong. It is not different from other sectors. We are all in it to make a profit at the end of the day.

“I don’t obtain loans from Nigerian banks, because I will end up with a 25% loss or more, but that is not happening in the UK where I pay far less interest rates.

If I take such a loan in Nigeria, it means I am -25 percent (interest rate) in red, and by the time you get to the top, you are owing millions.

“I cannot approach any of the banks to give me local money to do business in Nigeria. If I can go through that, you can imagine the experiences of the airlines.”