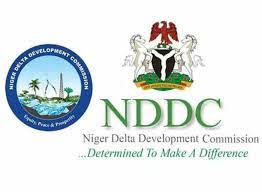 In particular, the organization argued that Gbenga Edema, a former chairman of the Ondo State Oil-Producing Areas Development Commission and a nominee of Governor Rotimi Akeredolu, was the best person for the position.

In an open letter, to the President, jointly signed by the chairman and the Secretary of the group, Awipi Lawson and Ekpobomini Loko respectively, the group urged Buhari to approve the appointment of Edema in the spirit of fairness.

In the letter which was made available to our correspondent on Thursday, the group said Edema was capable and competent to do the job.

The letter read, “Sir, the expectation of all Niger Delta patriots is to see an NDDC that is functional and efficient in the delivery of sustainable and all-inclusive development to the region. This can only be achieved with a capable, experienced, clear-headed, visionary and prudent resource manager. Such a ‘trustee’ of the people must have an impeccable character, unblemished antecedents and verifiable records and credentials.

“It is on account of the above persuasion, that the Governor of Ondo State, Arakurin Oluwarotimi Akeredolu, SAN has singled out and recommended one of the best hands in the region, Barrister ‘Gbenga Edema, for your kind consideration as the MD of NDDC.

“Sir, as stakeholders with an uncommon passion for the development of the Niger Delta, we find this recommendation quite spirit-lifting and most appropriate. We, therefore, affirm our unflinching support for Bar ‘Gbenga Edema and implore Mr. President to kindly consider him for the job.

“Section 12 (1) of the NDDC Act 200) provides that, ‘There shall be for the Commission a Managing Director and two Executive Directors who shall be indigenes of oil-producing states starting with member states of the Commission with the highest production quantum of oil and shall rotate among member states in order of production.’

“As would be expected, Barr Edema hails from Ogogoro, an oil-producing community in Ilaje Local Government Area of Ondo State. Between 2017 to 2021, he served as Chairman of the Ondo State Oil Producing Areas Development Commission, OSOPADEC. He was also a Member of the Ondo State House of Assembly Among others.

“Interestingly, in accordance with the NDDC Act, Mr President nominated Edema and had since been screened and confirmed by the senate with respect to the NDDC.