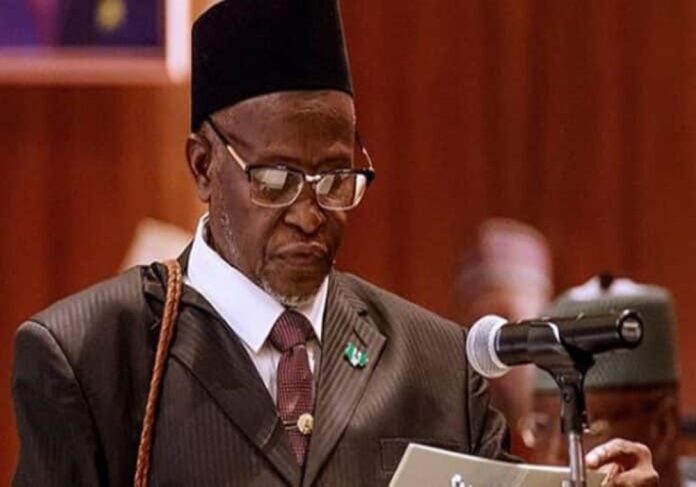 A few hours after resigning from office, Senior Advocates of Nigeria, lawyers, civil right groups and some branches of the Nigerian Bar Association on Monday called for the probe of the erstwhile Chief Justice of Nigeria, Ibrahim Muhammad.

They unanimously said that the allegations against the former CJN should not be swept under the carpet.

Muhammad’s resignation was made public on Monday morning. According to reports,  he tendered his resignation on the grounds of ill-health, barely a week after 14 Supreme Court Justices, in a joint petition, levelled grave allegations of maladministration and financial impropriety against the Bauchi State-born jurist.

The news of his resignation caught the nation unawares on Monday morning as his media aide, Ahuraka Isah, who initially denied it,  subsequently confirmed the development.

The President, Major General Muhammadu Buhari (retd.),  swore in the next most senior justice, Justice Olukayode Ariwoola, as the acting CJN at the Council Chambers of the State House, Abuja.

The President, who noted that he received the resignation letter of the outgoing CJN with mixed feelings, conferred upon Muhammed the national honour of Grand Commander of the Order of the Niger.

In an unprecedented development in Nigeria’s judicial history, the Supreme Court justices had in a leaked letter, accused Muhammad of abandoning his responsibilities and diverting funds meant for the running of the Supreme Court.