JUST IN: NIGERIA DISQUALIFIED FROM WORLD WOMEN RALLY OVER OKAGBARE 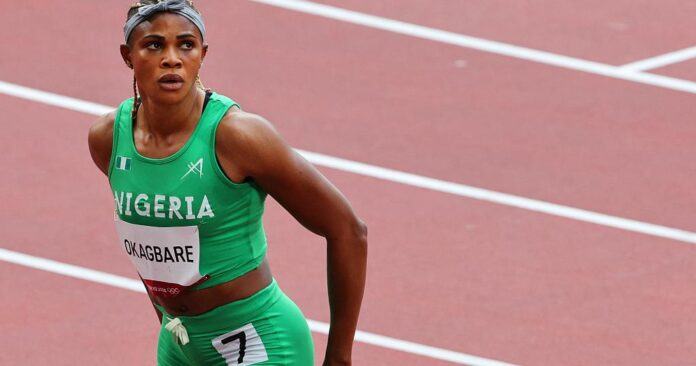 Nigeria have lost their potential qualification place for the women’s 4×100-metre relay at next month’s World Athletics Championships in the United States of America.

Head of the Athletics Integrity Unit, Brett Clothier, made this known in a statement on Monday.

According to him, this is because Blessing Okagbare, who was part of the team that secured Nigeria’s qualification, was found to have committed anti-doping rule violations.

He explained that six days after Okagbare evaded sample collection in June 2021, she competed in the 4x100m relay event at the Nigeria Olympic Trials, with her relay squad qualifying for this year’s World Championships.

While noting that all individual and relay results involving Okagbare, from June 13, 2021, are now disqualified, Clothier said, “Over the years, we have repeatedly seen how one person’s actions adversely affect team-mates who have trained hard and worked honestly for their results.

“In a relay team, if one member violates the anti-doping rules, everyone bears the brunt of results being expunged. They all pay the price. In this instance, Nigeria has lost an important qualification spot. Those are the rules and we will not compromise on integrity.”

Meanwhile, Okagbare has had her current 10-year ban from athletics extended by one year (now 11 years in total).

According to a copy of the document obtained by the media  Okagbare is deemed to have admitted the anti-doping rule violations (under Rule 2.3 and Rule 2.5 of the World Athletics Anti-Doping Rules) and to have accepted the consequences.

The 33-year-old, who is also a sprinter, was expelled from the Tokyo Olympics last year before the women’s 100m semi-finals after testing positive for human growth hormone at an out-of-competition test in Slovakia on July 19.

The PUNCH had reported that in February 2022, the Disciplinary Tribunal banned Okagbare for 10 years – consecutive five-year bans for the presence and use of multiple prohibited substances, and for her refusal to co-operate with the AIU’s investigation into her case.