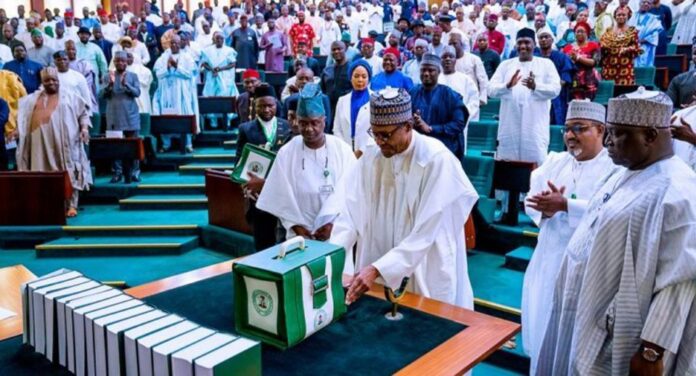 Experts have criticized the Buhari-led federal government’s decision to retain fuel subsidy in the 2023 budget.

On Friday, President Muhammadu Buhari presented the National Assembly’s joint session with the 2023 Appropriations Bill. Budget of Fiscal Sustainability and Transition was the name given to the legislation.

In his presentation, Buhari said, “We expect total fiscal operations of the Federal Government to result in a deficit of N10.78tn. This represents 4.78 per cent of the estimated GDP, above the three per cent threshold set by the Fiscal Responsibility Act 2007. As envisaged by the law, we need to exceed this threshold considering the need to continue to tackle the existential security challenges facing the country.

However, the key provisions in the proposed N20.51tn budget have attracted reactions from major stakeholders, including the Nigerian Association of Chambers of Commerce, Industry, Mines and Agriculture, Lagos Chamber of Commerce and Industry, economists, and lawmakers, among others.

According to him, the government is staring down another difficult race with regard to financing a budget that is far above its expected revenue.

“We don’t have the money to finance this budget. For this year, we have not been able to raise half of what we have spent.”

On the N1tn allocated to the Police Service Commission, Idahosa said it was grossly insufficient and would imply an understaffed police force incapable of addressing the nation’s mounting security crisis.

In the same vein, Olusola Obadimu, director-general of the Nigerian Association of Chambers of Commerce, Industry, Mines, and Agriculture (NACCIMA) described the budget proposals as unhealthy for the productive sector.

He noted that despite budgeting trillions of naira in previous budgets, the Buhari regime “has nothing to show for it.”

Obadimu said, “It doesn’t look good at all. This is not good for productivity. I think this budget is targeted mainly at the upcoming elections. It is not targeted at tackling our weak infrastructure or creating an enabling environment for businesses. We have to adopt fiscal discipline along the line.

“We have to start cutting our coats according to our clothes. We have to look for more ways to start earning foreign exchange. We are still dependent on this monolithic source of income, which is crude oil. But the non-oil exports are very low.”