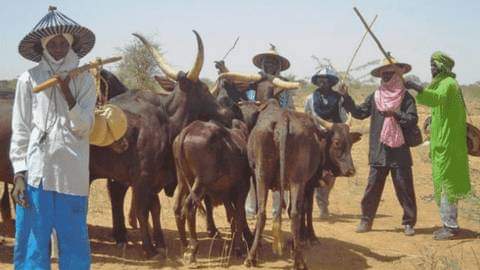 The Chairman of Miyetti Allah Cattle Breeders Association in Nasarawa State, Alhaji Mohammed Hussain, has been shot dead by unknown gunmen in Toto Local Government Area of the State.

The leader of the group was killed on Friday night alongside the chairman of the association, Mohammed Umar.

This was confirmed in a statement issued on Saturday morning by the state’s Police Public Relations Officer, Ramham Nansel.

“Upon receipt of the information, the Commissioner of Police, CP Bola Longe swiftly deployed Operation Puff Adder II personnel to the scene where the two corpses were recovered and taken to the hospital,” he said.

According to the statement, bodies of the deceased have been deposited in an undisclosed morgue by the command.

Biafra Nations League, BNL, said it has ordered its members to launch a reprisal attack on Fulani herdsmen following the recent killing of at least 15 people in Ebonyi State.

At least, 15 persons were reportedly killed during the attack allegedly carried out by some herders.

According to them, “We [have] ordered members and supporters of BNL in other parts of the old eastern region to mobilize and launch counter-attacks on them in less than five days.

“Any attack from them will surely be avenged until they are stopped by their parents bodies, the Miyetti Allah Kauta Hore and Miyetti Allah Cattle Breeders Association.”