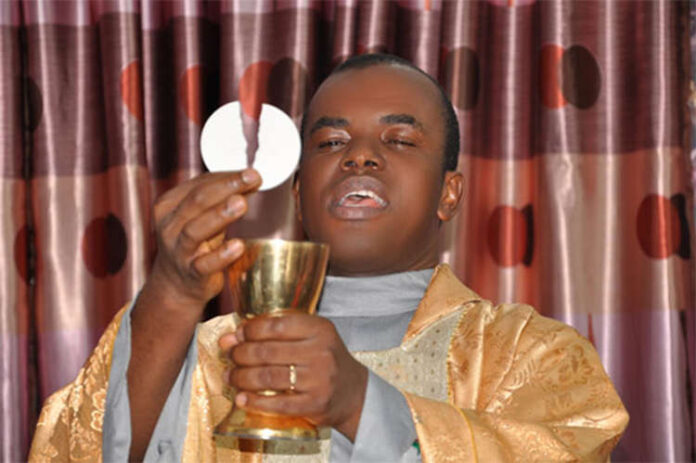 Catholic Bishop of the Diocese, Bishop Calistus Onaga, announced the ban on Mbaka’s Church on Saturday.

This is coming amid Mbaka’s open castigation and denigration of a Presidential candidate, Mr. Peter Obi of the Labour Party over his frugality.

In a letter he personally signed, addressed to ‘All the Clery, Religious and Lay Faithful in the Catholic Diocese of Enugu’, Bishop Onaga banned them from having anything to do with the Adoration Ministry.

He said in the letter that Mbaka having refused to heed to the Church’s persistent directives, “and in fulfillment of my pastoral duties as the Chief Shepherd”, “I hereby prohibit all Catholics (clergy, religious and lay faithful) henceforth from attending all religious and liturgical activities of the Cathooic Adoration Ministry until the due canonical process initiated by the Diocese is concluded.”