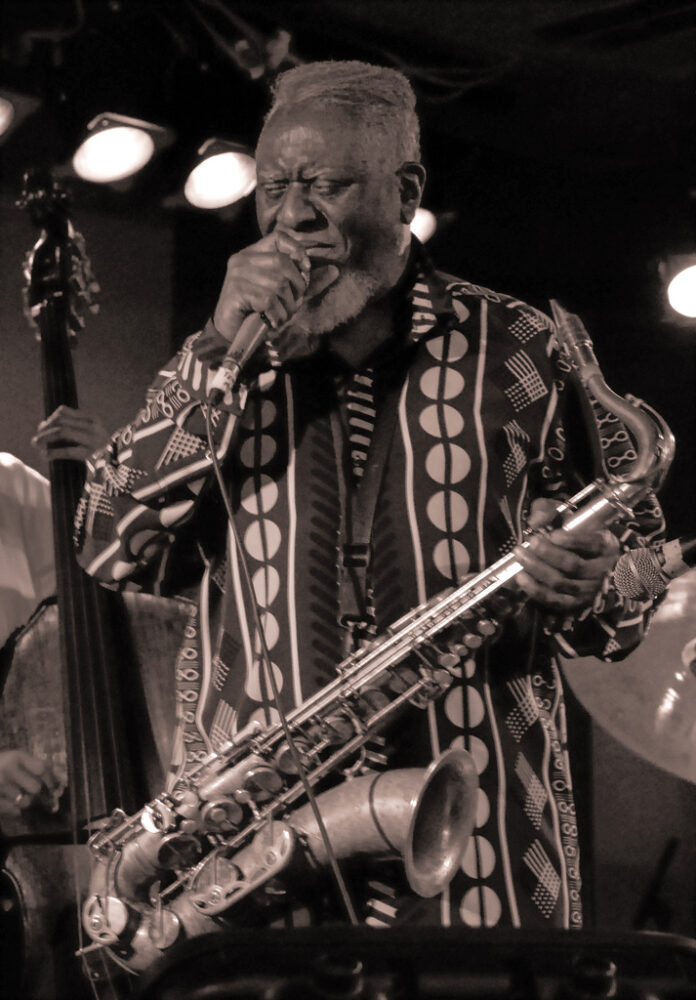 Pharoah Sanders, one of the most wildly inventive figures in jazz who wrestled his saxophone to its limits and felt equally at home in Indian and African music, died on Saturday. He was 81.

His record label, Luaka Bop, said he died peacefully around friends and family in Los Angeles.

“Always and forever the most beautiful human being, may he rest in peace,” a label statement said.

Taking the open-mindedness of the free jazz movement to new heights, Sanders would virtually attack his saxophone by heavily overblowing on the mouthpiece — of which he collected hundreds — as well as biting the reed and even shouting into the bell of the instrument.

Sanders, a disciple of John Coltrane, who played aggressive solos on the jazz master’s classic late-career “Live in Japan” album, was often seen as a sort of successor to the global-minded legend after Coltrane’s sudden death in 1967.

Ornette Coleman — arguably the most important pioneer of free jazz — called Sanders “probably the best tenor player in the world.”

But Sanders, who to a lesser extent played soprano and alto sax as well, also divided audiences and never reached quite the same commercial success as Coltrane, Coleman or other historic jazz innovators.

With solos that built from screeching and squawking to silky and melodic, Sanders was described as a godfather of spiritual or even cosmic jazz, although the reticent musician brushed aside labels.

His best-known works included “The Creator Has a Master Plan,” a nearly 33-minute track off his “Karma” album on which Sanders sounds as if he is exorcising demons, before reaching back to a heavenly state.

Describing his own music, he said: “I want to take the audience on a spiritual journey; I want to stir them up, excite them. Then I bring them back with a calming feeling.”