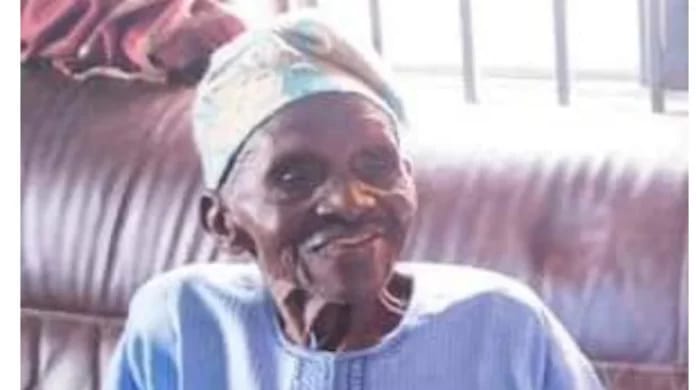 Elder Ezekiel Odumakin, the father of the late spokesperson for the Yoruba socio-cultural group, Afenifere, Yinka Odumakin, is dead.

Joe Okei-Odumakin, the widow of Yinka Odumakin, in a statement on Monday titled ‘Moro Shakes Again’, said the late elder Odumakin died at the age of 116.

The late Yinka Odumakin died on April 2, 2021, at the age of 54. According to Okei-Odumakin, the late Elder Ezekiel Odumakin until his death was the Baba Ijo of C.A.C. Moro land in Osun.

“I spoke with the old man earlier today and we had a brief prayer session along with other family discussions.

“Papa would be sorely missed as he was not only the patriarch but the rallying point for the entire family.

“Further announcements will be made as the family deems fit.”

She recounted that Pa Odumakin stood firmly in faith as the pain of a huge loss ravaged him.