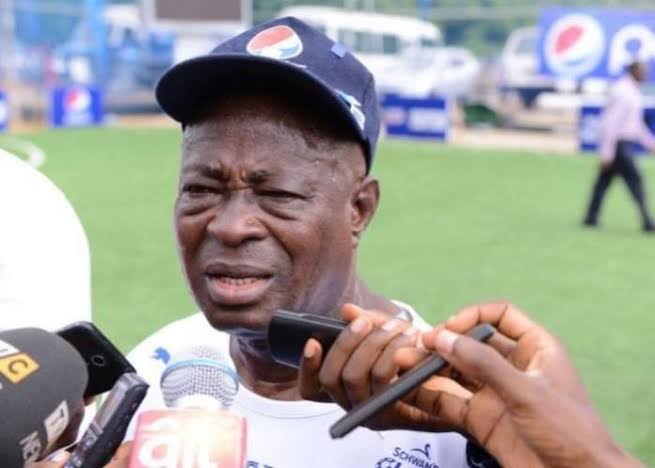 The Minister of Youth and sports Development Chief Sunday Dare has discribed the late former Technical Director of the Nigerian football Federation Chief Kashimawo Laloko as one of the best grassroots talent hunter and technically sound coaches Nigeria has ever produced.

“My condolences to the family of Chief Laloko on his death. He was not just a coach, he was a talent hunter and technically sound.

“I followed his trajectory as coach of Stationery Stores Of Lagos, Wikki Tourists of Bauchi, The Gambian National team, Technical Director of the NFA as well as Founder of the Pepsi Academy.

“He was just not dedicated, hardworking and a disciplinarian, he made his mark everywhere he worked. He was one of Nigeria’s best coaches.

“Even when he became a paramount ruler, he was never tired in lending his support to Nigerian football”

The Minister recalled “He was at the media Unveiling of the National Principal’s Cup in Lagos last year and was very excited about the revival of the Competition.

“Laloko was so passionate about Nigerian football and gave everything for it growth. Nigeria has lost a great man.

`|May his soul rest in peace”, the statement affirmed.

Laloko died in Lagos on Sunday at the age of 76.

Laloko was credited with the discovery of many great players including Mikel Obi, Ezekiel Bala, Osaze Odewimgie among others.
He held the traditional title of Parakoyi of Egbaland, in Ogun State.