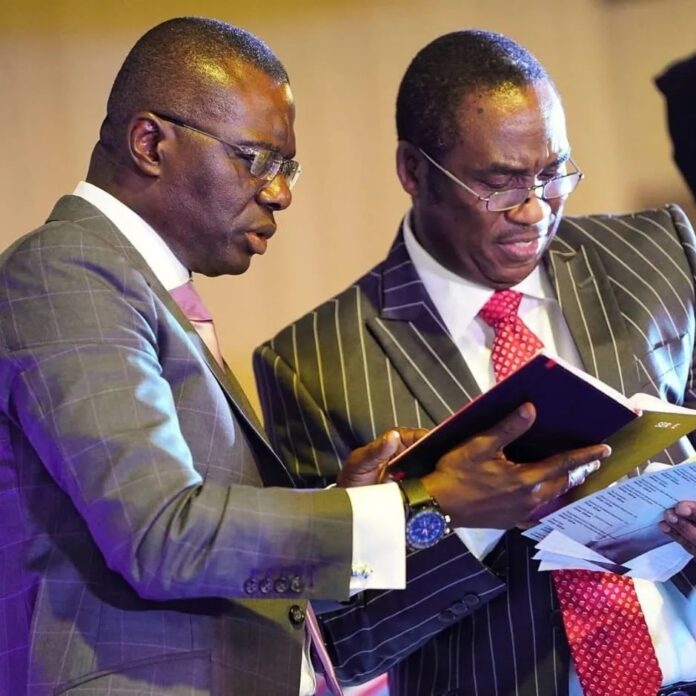 Dr. Hamzat, who turns 58 on Monday, September 19th, 2022, was described by Sanwo-Olu in a statement released on Sunday, September 17th, 2022 by his chief press secretary, Mr. Gboyega Akosile as a worthy ambassador, committed public servant and partner in the ‘Greater Lagos’ agenda.

He said Dr. Hamzat is worth celebrating for his life of consistent commitment to public service in different capacities, especially his contributions to governance in Lagos State, formerly as a commissioner in various ministries and now as deputy governor of the state.

Sanwo-Olu added that Dr. Hamzat is a reliable, trustworthy and committed brother, friend, and partner, saying he is an epitome of dedication and selflessness, who has used his elevated positions in government to uplift the standards of life of the people he is serving.

He said the deputy governor to date remains one of the few Lagosians and Nigerian leaders, who have contributed immensely to the growth and development of Lagos with a high degree of honesty, dedication and professionalism.

Governor Sanwo-Olu prayed that the Almighty God will keep and prosper Dr. Hamzat and his family, and give him good health and wisdom to render more service to humanity, Lagos State and Nigeria as a whole.

He said; “On behalf of my family, Lagos State Government, and the good people of Lagos State, I wish my trustworthy, hardworking, dependable, supportive and committed brother, friend and partner in the ‘Greater Lagos’ agenda, Dr. Obafemi Kadri Hamzat, the deputy governor of Lagos State, happy 58th birthday.”

“Dr. Hamzat, a seasoned technocrat, administrator, politician and committed democrat, remains one of the most committed public servants and politicians in Lagos State in the present Fourth Republic and he has contributed immensely to the governance and political development of our dear Lagos State.”