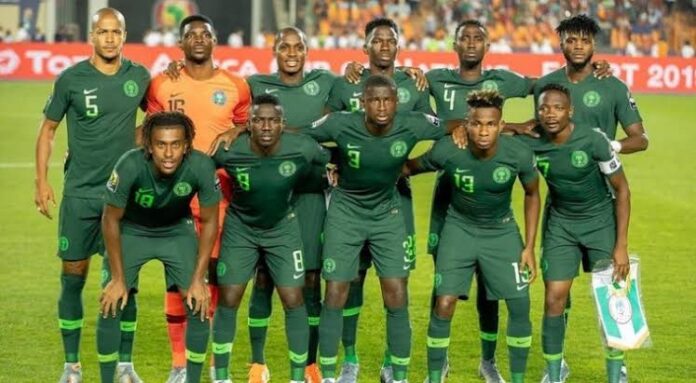 Basking in the euphoria of a convincing win by the Super Eagles over Crocodiles of Lesotho on the newly constructed lush-green grass pitch of the Teslim Balogun Stadium, the Lagos State Government  has promised more international matches.

The Chairman of Lagos State Sports Council (LSSC), Sola Aiyepeku, in Lagos on Wednesday said that all hands are on deck for the state to host more of Super Eagles matches.

The senior national team, Eagles, had their first match on Tuesday, after 20 years of exile in Lagos with impressive result by trouncing the Crocodiles of Lesotho 3-0.

The Genort Rohr-tutored team had their victory courtesy of the red-hot Napoli Striker, Victor Osimhen in 23rd minutes while Oghenekaro Etebo fired home the second goal in the 50th minutes.

The gangling Genk FC of Belgium striker, Paul Onuachu added the third goal in the 83rd minute with a coolly strike to complete the rout.

The excited LSSC boss, Aiyepeku, however, said the impressive result means that the host state had got it right by putting up a structure befitting the win, adding that football is back in Lagos.

“I am overwhelmed with joy with this result from the Super Eagles after about 20 years when they last played in front of Lagos fans; it is a positive thing that we are getting it right.

“It is a celebration for all Nigerians for a back-to-back win. I am happy with the way the Super Eagles won convincingly and their efforts at getting the goals.

“The main thing is that, football is back in Lagos and the good thing is that the Nigeria Football Federation (NFF) and Lagos State government are on the same page.

“We have discussed with our sports loving Gov. Babajide Sanwo-Olu, and he has given his blessings to make sure that Lagos keeps hosting the Eagles,’’.

Aiyepeku said that Lagos had all the facilities to make the Super Eagles feel at home, adding that Teslim Balogun Stadium pitch is the best in the country for now.

“We have set an example when the state agencies facilitated the traveling of the Super Eagles to the Republic of Benin by boat, this means that the facilities are there.

“For the stadium pitch, we are creating and enduring maintenance culture to make sure that it is in perfect shape for any international competition.