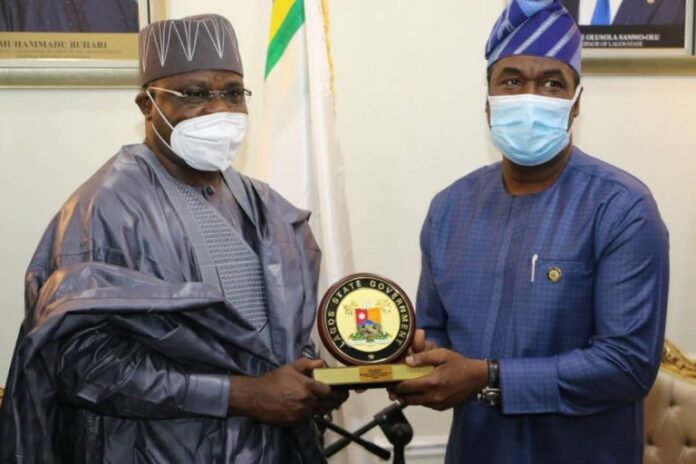 Lagos State Government has reiterated its commitment to an education system that is functional and capable of dealing with the challenges besetting Nigeria currently.

The State Deputy Governor, Dr. Obafemi Kadiri Hamzat, stated this while receiving members of the House of Representatives Committee on Tertiary Education and Services in his office at the Secretariat, Alausa, noting that the various challenges can effectively be resolved through quality education.

According to Hamzat, the State education system was structured into two-one for Primary and Secondary Education with another for Tertiary Education, explaining that such separation will facilitate better management of the educational system.

He commended the role of the House of Representatives in building a formidable and virile nation, adding that the survival of democracy depends very much on what happens at the National Assembly.

Describing Lagos as a melting pot of all tribes in Nigeria, he averred that “All tribes have representatives in Lagos, thus imposing on the present administration a commitment to provide quality education for all residents”.

Earlier in his remarks, the Honourable Chairman, Federal House of Representatives Committee on Tertiary Education and Service, Mr. Aminu Suleiman, disclosed that the Committee was in Lagos as part of its oversight functions to engage institutions of higher learning, both Federal and State-owned, to confirm if interventions allocated to them were being used and utilised for the right purpose and to ascertain the need for further interventions.

Acknowledging the laudable interventions by the Governor Babajide Sanwo-Olu-led administration in the education sector, the Chairman described the efforts as unparalleled and urged the State government to take advantage of the numerous Federal government’s education interventions through the Committee.

“With what we have seen in the State, our Committee is always ready to support the Lagos State Government”, the Chairman said.