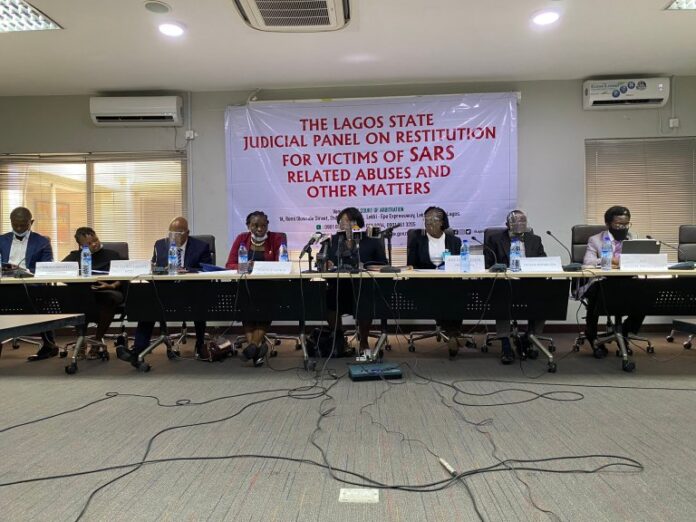 The Lagos State Judicial Panel of Inquiry probing allegations of human rights abuses against the disbanded police Special Anti-Robbery Squad has awarded a total of N16,250,000 to four victims of police brutality.

Chairperson of the panel, Doris Okuwobi, gave the ruling.

The names of the petitioners who are beneficiary are Tolulope Openiyi, Tella Adesanya, Felicia Opara, and Blessing Esanbor.

While Openiyi was awarded N10 million, the sum of N5 million was given to Esanbor as compensation; Opara received N750,000, and Adesanya got N500,000.