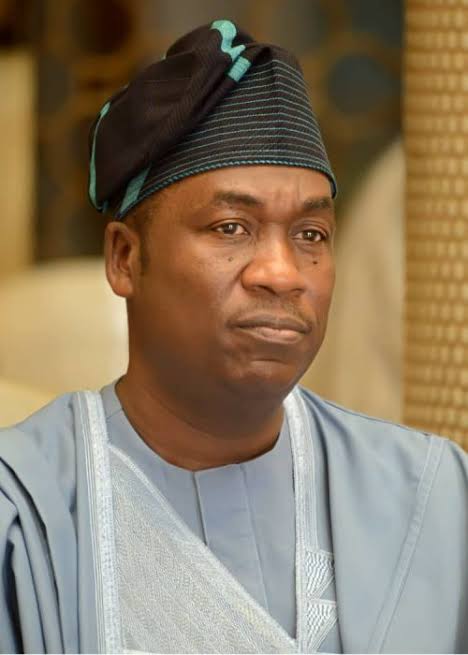 The Lagos State Deputy Governor, Dr. Kadri Obafemi Hamzat, has called for strong family ties in the face of unrelenting violence and insecurity in Nigeria, stressing that there is a need for the citizens to rebuild the family structure that has been the bedrock of stability in the country in the past.

Dr. Hamzat made the call while speaking at the 2021 Annual Ramadhan Tafsir of the Lagos State Branch of the Ansar-Ud-Deen Society of Nigeria held on Sunday at the LTV Blue Roof, Agidingbi, Ikeja, attributing the breakdown of the family system as the source of the various challenges and insecurity bedevilling the country.

While noting that the failure in the family system is now causing more havoc in the society as many parents have left their roles unperformed.

He stressed the need to strengthen the family values and system in order to build a better society, calling on religious leaders to assist in the restoration of the family system as it is a very vital institution in society.

His words: “We are no longer accommodating, there is a breakdown in the family. The Muslim community needs to start speaking to one another on the importance of family because, if the family system is embraced, then 50% of our problems are solved”.

“The family is the foundation of the society and there is a reason we all have parents and our job as parents is to guide our wards, to protect them and direct them.

“Every child has a tendency of misbehaving and the role of the parent is to make sure they guide their children in the right direction. If this is missing the foundation is broken”, the Deputy Governor submitted.

Speaking on the topic, “Security – Through Justice, Equity and Good Governance”, the Lecturer and National Missioner of the Ansar-Ud-Deen Society of Nigeria and Overseas, Sheik Abdur-Rahman Olanrewaju Ahmad, who acknowledged the various challenges and insecurity bedevilling the country, emphasised that irrespective of the amount spent on training and acquiring ammunition for the security agencies and personnel, if there is no justice, equity and good governance, there won’t be peace in the country and there will always be agitation.

He said to stem the tide of insecurity and the clamour for secession in the country, there must be diffusion of power, equal right to government positions, justice and fairness, equity and good governance.

The Cleric called on the government to protect the citizens, suggesting that power must rotate among the six zones of the country, as this will reduce the fear of marginalisation which is causing agitations and demand for secession in the country, maintaining that every zone in the country must have access to the leadership of this country.

“Nigerians should vote for competence and honesty as against tribe or religion grounds and vote according to their conscience”, he declared.

Earlier in his welcome address, the Chairman, Ansar-Ud-Deen Society of Nigeria, Lagos State Branch, Alhaji Kamorudeen Aremu Salami, commended the State Governor, Mr. Babajide Olusola Sanwo-Olu and his deputy, Dr. Kadri Obafemi Hamzat, for fulfilling their campaign promises since assuming office, through the provision of infrastructure and other amenities that have impacted positively on the lives of Lagosians.

He, therefore, called on the State government to do more in ensuring the security of lives and property of citizens.

Speaking further, Alhaji Salami emphasised that the month of Ramadan calls for sober reflection and is a time of extending abundant pleasantries and generosity to the weak, the down-trodden and the needy in society.

He enjoined everyone to be steadfast in prayers and to move closer to their creator as Ramadan “is a month of forgiveness, acceptance of prayer and getting closer to Allah through solidarity with the less privileged in the society”.