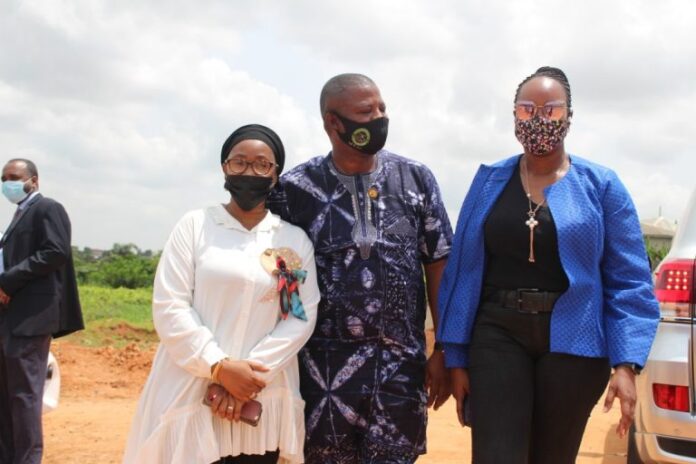 The State Commissioner for Tourism, Arts & Culture, Mrs. Uzamat Akinbile-Yussuf, who revealed this during an inspection visit to the proposed project site, noted that the project will boost economic activities of the host community and its environs.

The Commissioner described the proposed project as one of the landmark investments of the present administration in the tourism industry, observing that it will strategically thrive and boost economic prosperity and further increase the Internal Generated Revenue of the State in particular.

“As we are all aware that Lagos represents excellence in all sectors of human endeavour, we will continue to maintain this standard towards achieving the T.H.E.M.E.S agenda of Governor Babajide Sanwo-Olu-led administration”, she added.

She further disclosed that the centre will nurture the expression of the ways of Lagos, especially the host community, Ijon, that will be passed on from generation to generation, including customs, practices, places, objects, artistic expressions and values.

Also speaking, the Economic and Media Researcher, Lagos Consulate-General of UAE, Hashim Ali Abdalla, expressed the readiness of his Country (UAE) to ensure the delivery of the cultural centre project in collaboration with the Lagos State Government.

The Commissioner was on an inspection tour of the site along with the Special Adviser to the Governor on Tourism, Arts & Culture, Mr. Solomon Saanu Bonu; Special Adviser to the Governor on Sustainable Development Goals (SDGs) and Investments, Mrs. Solape Hammond and Executive Chairman of Ayobo-Ipaja LCDA, Mr. Shakiru Yusuf as well as Consular and Citizens Affairs, Lagos Consulate-General of UAE, Muhammed Basheer Raji.