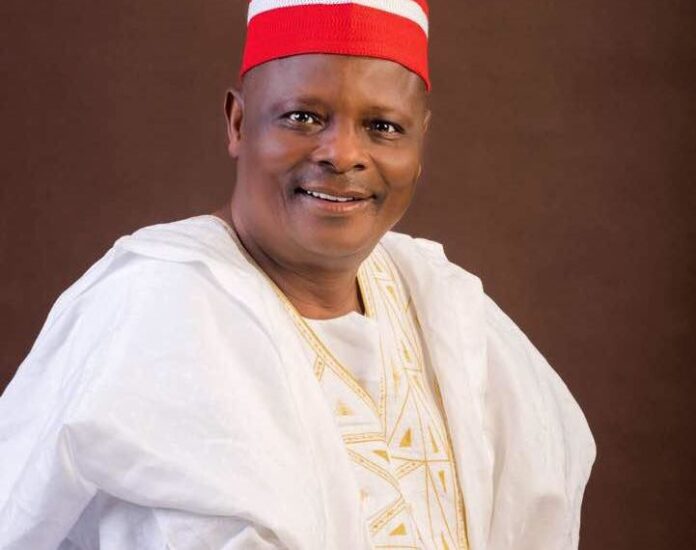 According to source reported earlier that suspected hoodlums on Wednesday pelted Kwankwaso with sachets of water while on a visit to the state. Kwankwaso was in Lokoja, the state capital to inaugurate the party’s secretariat and his campaign offices.

But reacting to the report in a statement on Thursday signed by its spokesperson, Ladipo Johnson, the campaign organisation maintained that the presidential candidate was received with love in Kogi.

The statement read, “Our attention has been drawn to a number of media reports, which insinuate that the convoy of Sen Rabiu Musa Kwankwaso, the presidential candidate of the New Nigeria People’s Party was attacked in Kogi State.

“We wish to categorically and unambiguously state that these stories are fake, unfounded and ridiculous.

“Since his arrival in the state, Sen Rabiu Musa Kwankwaso has received nothing short of love from the good people of Kogi State. On Wednesday, he visited the family of his bosom friend, the former governor of Kogi State, late Prince Abdullahi Audu at their country home. From there, he proceeded to the Lokoja city centre to commission his party’s new state headquarters.

“We wish to state that in and between these two locations, the presidential candidate’s convoy was not at any point pelted on or received unfavorably by the good people of Kogi State.

“Additionally, contrary to media accounts on the purported attack, we categorically confirm that there is no person named “Musa Yunusa” on the Kwankwaso media team. Therefore, the media cannot rely on a phantom name to establish a supposed incident that never happened in the first place.

“The Kwankwaso Campaign Organisation is looking at various means to ensure that the journalist and new medium that concocted this fake news are brought to book.

“We also urge them to confirm any news related to H.E Rabiu Musa Kwankwaso, through his official campaign spokespersons. They should also desist from misleading the public, especially in such perilous moments.