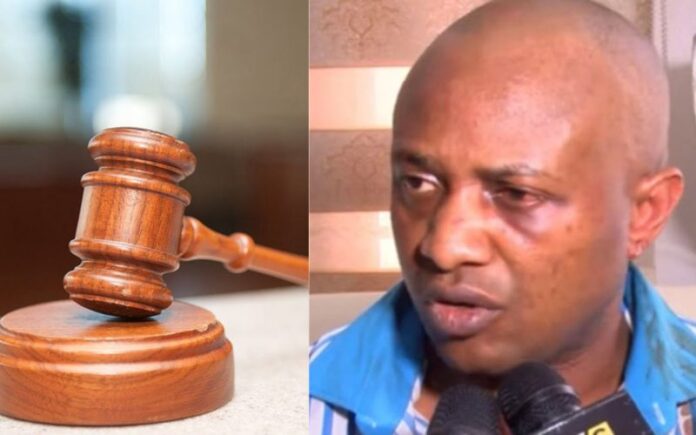 Victor Okpara, the defence counsel of Chukwudimeme Onwuamadike, alias Evans has said the ongoing strike by the Judiciary Staff Union of Nigeria (JUSUN) has stalled the trial of his client.

Evans was scheduled to continue his defence on Wednesday before Justice Hakeem Oshodi of an Ikeja High Court for the alleged kidnap of Donatus Dunu, the Managing Director of the Maydon Pharmaceuticals Ltd.

Speaking, Okpara said that Evans had opened his defence and testified that he was innocent of all the allegations levelled against him by the state.

“He has testified before the court as to his innocence regarding all the charges levelled against him as contained in the charge sheet.

“The matter was adjourned until April 14, for continuation of trial, because we have some other witnesses who are to corroborate what he has said but we cannot go on due to the strike,” he said.

Okpara, however, noted that though the ongoing strike by JUSUN had stalled the case, but said that the demands of the judicial workers was for the overall good of the judiciary.

“JUSUN is fighting for the financial autonomy of the judiciary which every right-thinking lawyer should actually support.

“We cannot say our judiciary is truly independent when they are tied to the apron strings of the executive and they usually go cap in hand asking for money,” he said.

Okpara said though that every defendant has a right to have his day in court as provided in the 1999 Constitution, the most recent delay in the case is caused by unforeseen circumstances.

Evans was arraigned before Justice Oshodi on Aug. 31, 2017, on a two-count charge of conspiracy and kidnapping alongside five co-defendants.

According to the prosecution, the defendant allegedly kidnapped Dunu along Ilupeju Road, Lagos on Feb. 14, 2017, and collected 223,000 Euros as ransom from his family.

The trial has been delayed due to Evans’ changing his legal representation five times and most recently, the ongoing JUSUN strike which began on April 6.

Four prosecution witnesses including Dunu testified during the trial on behalf of the state.

As at the time of filing this report, no new date has been given by the court for the continuation of the trial due to the strike