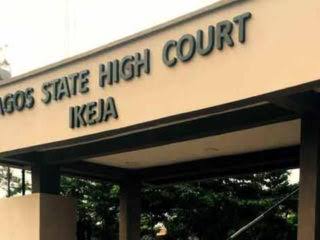 Many staff of the Magistrates’ Court, Ikeja in Lagos on Friday vacated the court premises for fear of being attacked by unionists.

The News Agency of Nigeria (NAN) reports that the staff of the court took to their heels after they heard that officials of Judiciary Staff Union of Nigeria (JUSUN) were approaching the court to seal it up.

NAN reports that the staff of the courts were later seen hanging around the court premises following the development.

According to a staff who spoke on condition of anonymity, the courts were opened in the morning but an order came in and everyone was told to vacate the court house.

“We received information that JUSUN was on its way to lock up the court.

“We locked the courts out of fear because we don’t know what will happen when they get here and see it open,” he said.

The Lagos State Chapter of JUSUN had earlier in a memo directed members to report to work every Wednesday, Thursday and Friday.