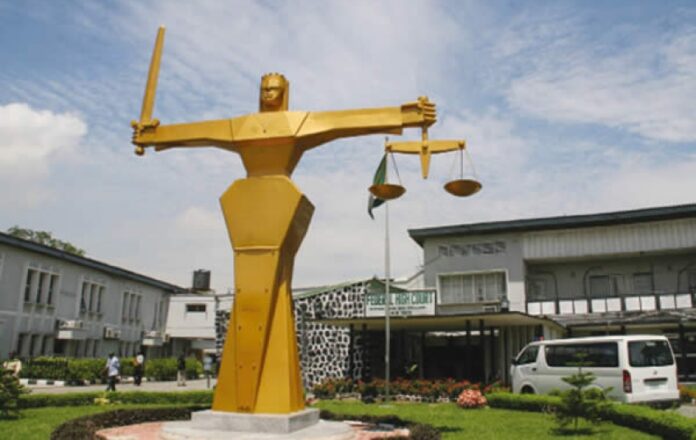 The Judiciary Staff Union of Nigeria (JUSUN) has urged the Federal Government to deduct funds meant for state judiciaries from the May 2021 Federal Account Allocation Committee.

This was part of the resolutions of a meeting of JUSUN National Working Committee held in Abuja after the conciliation meeting with the Minister of Labour and Employment, Dr. Chris Ngige, and other stakeholders.

A copy of the communique from the meeting was signed by its Deputy President and General Secretary, Emmanuel Abioye and I. M. Adetola respectively, on Wednesday in Abuja.

The NWC also resolved that besides beginning the deduction from May 2021 FAAC, the arrears must also be paid from October 2020 pay.

The union leadership agreed that the Accountant General of the Federation should deduct from source from the Federation Account the budgetary allocation submitted to him by the 36 states judiciaries in October 2020 and pay same directly to the National Judicial Council for which the heads of courts of the 36 states would be paid.

The communique said: “The NWC in session agreed that the deduction be effected in May 2021 FAAC and with arrears from October 2020 inclusive.

“The NWC in session further unanimously agreed that the Constitution of the Federal Republic of Nigeria 1999 (as amended) cannot be negotiated, doctored, manipulated, and therefore must be obeyed.

“The NWC in session also agreed that the establishment of the funds management law must be put in place by the 36 states of the federation within the shortest possible time.”

It, however, frowned at the document which emanated from the Nigeria Governors’ Forum for not being consistent with the resolution arrived at with the Chief of Staff to President Muhammadu Buhari, Prof. Ibrahim Gambari.

“The NWC in session also agreed that if all the above demands are met, it will be a way of showing good faith, failure of which the ongoing industrial action continues,” the union insisted.

The NWC, which observed that a state Commissioner of Finance might under declare the revenue profile of a state, therefore suggested that the proposed Fund Management Law of state must make provision for a penalty in case a state refused to declare the total revenue of the state.

It said: “The NWC in session recommends that the Fund Management Law should make provision for a penalty upon the Accountant General’s failure to pay to the different arms of government what is due and payable to them within seven days of getting the federal allocation.

“The NWC in session further strongly advocates that the Fund Management Law should be uniform across the states of the federation.”

The union leadership, therefore, saluted the courage of President Buhari for ensuring that the autonomy of the judiciary and state legislature was implemented.

JUSUN had began a nationwide strike on April 6 when the union directed all its members across the federation to shut down all courts after the expiration of the 21-day ultimatum earlier given over the failure of the government to implement the law recognising financial autonomy for the judiciary.

However on May 6, after a conciliation meeting between the government negotiating team with JUSUN and the Parliamentary Staff Association of Nigeria, Ngige had expressed optimism that the workers’ union would soon call off the strike.

Although they were expected to meet on May 11, the meeting did not hold.

When NAN asked on why the meeting was cancelled, the Deputy President of JUSUN, Abioye, simply said: “Well they are in the best position to tell. However, the above is our position.”

NAN also reports that President Buhari had on May 22, 2020 signed into law an Executive Order granting financial autonomy to the legislature and the judiciary across the 36 states of the federation.

The Executive Order No. 10 of 2020 made it mandatory for all states to include the allocations of both the legislature and the judiciary in the first-line charge of their budgets.

The order also mandates the Accountant General of the Federation to deduct from source amount due to the state legislatures and judiciaries from the monthly allocation to each state for states that refuse to grant such autonomy.