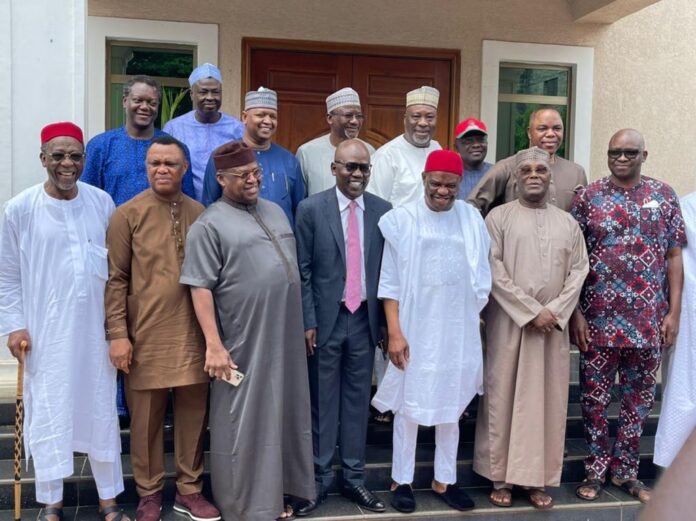 Atiku had defeated Wike at the party’s presidential primary in Abuja on Saturday night.

The Monday meeting, it was gathered, was to reconcile the two party chieftains and give the PDP a robust outing in the 2023 presidential election against the ruling All Progressives Congress.

The meeting was also attended by former Ekiti State Governor and PDP presidential aspirant, Ayodele Fayose, amongst other PDP chieftains.

Details of the meeting remain sketchy as of press time but our correspondent learnt that Atiku is shopping for a Southern running mate after his victory at the primary.

During the PDP presidential primary held at the Moshood Abiola Stadium on Saturday, Atiku polled 371 votes to defeat Wike, who got 237 votes; a former President of the Senate, Bukola Saraki, 70 votes; the Akwa Ibom State Governor, Emmanuel Udom, 38 votes; the Bauchi State Governor, Bala Mohammed, 20 votes; a former Secretary to the Government of the Federation, Anyim Pius Anyim, 14 votes and an ex-President of Pharmaceutical Society of Nigeria, Sam Ohuabunwa, one vote.

The PUNCH had earlier reported that delegates were surprised when the Sokoto State Governor, Aminu Tambuwal, who was one of the front runners for the presidential ticket, stepped down and directed his supporters to vote for Atiku as a result of what sources said was due to the intervention of the northern elders, who were pushing for a northern consensus aspirant.