JUST IN: JONATHAN CAN RUN FOR 2023 ELECTIONS- COURT  RULES 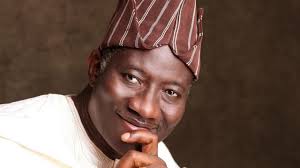 He also ruled that Jonathan’s right to vie for the office of president again cannot be stopped by any retroactive law.

Recall that Jonathan’s presidential ambition has sparked controversy, while some averred that he does not have the right to seek re-election again owing to the dictate of the constitution and new legislation, others are of the opinion that no constitutional provisions inhibit the former president from seeking another term.

Femi Falana, an activist and renowned lawyer, is one of those who have opposed the second term bid of Jonathan, he cited judicial precedence that barred any elected official from spending more that eight years cumulatively in power.