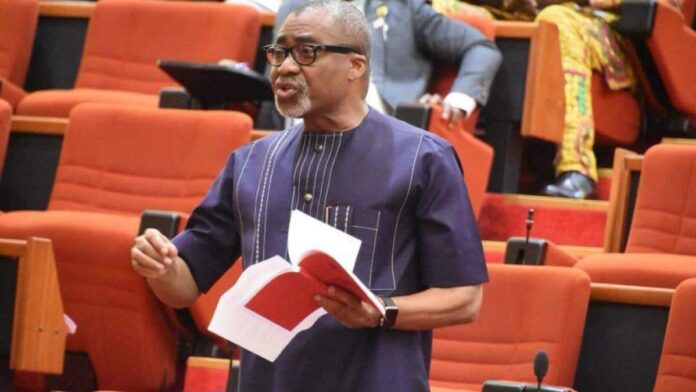 Senator Enyinnaya Abaribe’s resignation from the opposition Peoples Democratic Party, PDP, is a setback, according to Shehu Sani, a popular socio-political activist and former federal lawmaker.

Abaribe, who quit the PDP on Friday, was also said to have resigned as the Minority Leader in the National Assembly’s upper chamber.

He gave ‘illegality, impunity, and hesitations in decision-making’ as reasons for dumping the PDP.

Reacting, Shehu Shani on Twitter wrote, ”Senator Enyinnaya Abaribe’s reported resignation from the PDP is a serious setback to the opposition.

”He is an outstanding lawmaker and a strong voice for justice, equity and accountability. It is unfortunate that the Abia issues couldn’t be solved amicably.”