Jude Bellingham is not for sale amid Liverpool transfer speculation 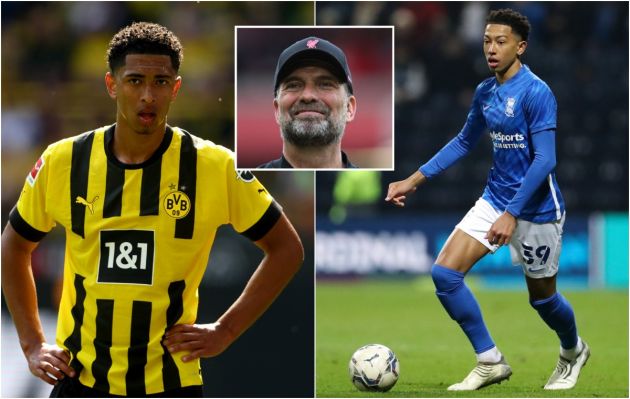 Borussia Dortmund sporting director Sebastian Kehl has insisted that Jude Bellingham will not be sold this summer as speculation over a move to Liverpool continues to mount.

The 19-year-old has been tipped as a potential transfer target amid an injury crisis in midfield for Jurgen Klopp’s Reds, but Kehl was quick to dismiss any notion that Bellingham could fill the void.

Kehl told reporters after Dortmund’s 1-0 win over Hertha BSC in the Bundesliga on Saturday that approaches for Bellingham would not be welcome, and insisted that the club will not let him go this season.

“There is no request for him,” Kehl stated. “And honestly – I know this from the player and his family – the boy has no interest at all in going anywhere this summer. He will stay with us this season, I can guarantee that.”

Speaking about Dortmund’s policy around selling their young stars, he added of a future transfer: “All of us would like to keep the boys for one or two years longer. In the end, it’s also a Sisyphean task to keep redeveloping the squad.

“But we have to accept that at some point, the boys will look to move on again, both financially and in sporting terms.”

Liverpool’s need for midfield reinforcement has heightened because the current injury crisis Klopp is facing, but the club’s interest in Bellingham is nothing new. The Three Lions star is understood to have been on the radar for well over a year, with some speculating that a future transfer is all but agreed.

But Bellingham, who was the runner-up to Barcelona’s Pedri for last year’s Golden Boy award, said in May that “the only future I think about is the next game for Dortmund” before committing his future to BVB for at least the 2022/3 season.

Liverpool are continuing to scout the market for potential opportunities – having initially been reluctant to make any signings – though Klopp admitted recently that bids will only be made for players if the German feels they will improve his team.