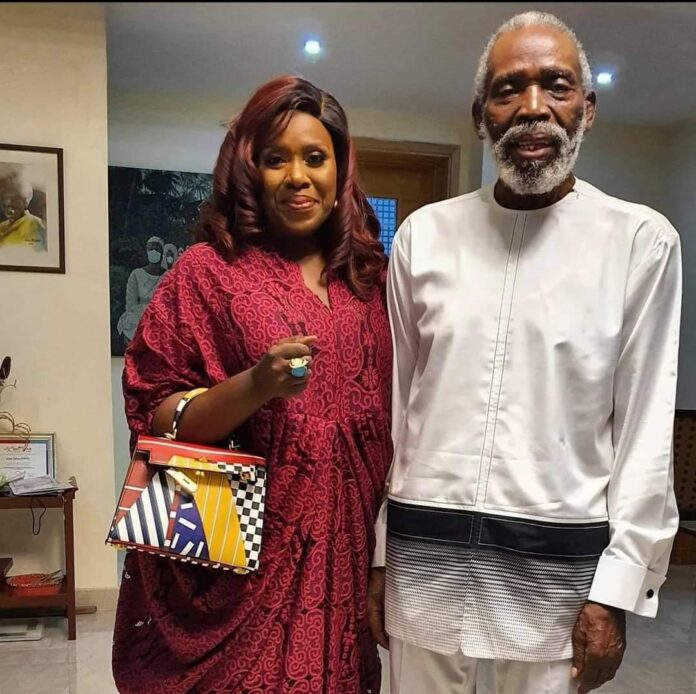 Nigeria Veteran actress, Joke Silva has allayed the fears of many fans by threatened to take legal actions against those spreading death rumours about her husband, Olu Jacobs.

Silva said this in a statement shared on Instagram on Monday while debunking the rumours.

This is not the first time such rumors of his death will be circulated on social media.

Threatening legal action, Silva in a statement said: “The Jacob clan would love to inform you that Pa J (Olu Jacobs MFR) is alive and enjoying himself as always in the comfort of his home and loved ones. To all those that have decided to ignore our last warnings regarding fake news, kindly prepare for legal action.”

Olu Jacobs has been off the acting scene for a while after suffering Dementia.

Recall Joke Silva had sometime in November 2021 disclosed that her husband has demantia and it has been hard on her and the entire family.