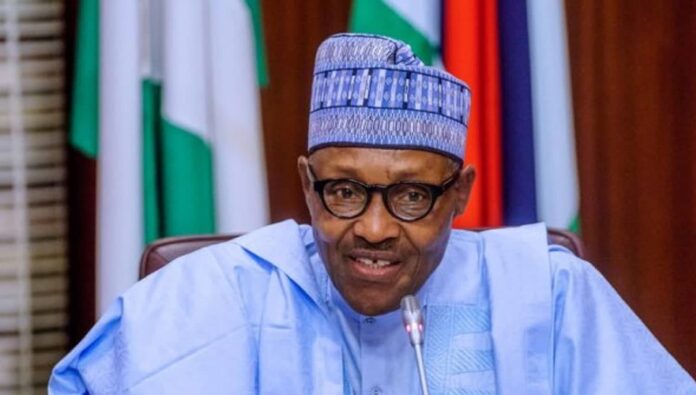 President Muhammadu Buhari on Tuesday said that adequate provisions have been made in the 2023 budget for the successful conduct of the forth-coming general elections and the transition programme.

He accused the National Assembly of introducing new projects into the 2023 budget proposal he submitted appropriating N770.72 billion for the new projects.

The President also said that the national legislative body increased the provisions made by Ministries, Departments and Agencies (MDAs) by N58.55 billion.

Speaking at the signing of the eighth and final annual budget of this Administration, the President said the aggregate expenditures of N21.83 trillion, is an increase of N1.32 trillion over the initial Executive Proposal for a total expenditure of N20.51 trillion.

The President explained that the 2022 Supplementary Appropriation Act would enable the administration to respond to the havoc caused by the recent nationwide floods on the infrastructure and agriculture sectors.

As is customary, he said the Minister of Finance, Budget and National Planning will subsequently provide more details of the approved budget and the supporting 2022 Finance Act.

”We have examined the changes made by the National Assembly to the 2023 Executive Budget proposal.

”The amended fiscal framework for 2023 as approved by the National Assembly shows additional revenues of N765.79 billion and an unfunded deficit of N553.46 billion.

”It is clear that the National Assembly and the executive need to capture some of the proposed additional revenue sources in the fiscal framework. This must be rectified.

”I have also noted that the National Assembly introduced new projects into the 2023 budget proposal for which it has appropriated N770.72 billion. The National Assembly also increased the provisions made by Ministries, Departments and Agencies (MDAs) by N58.55 billion.”

Buhari said his decision to sign the 2023 Appropriation Bill into law as passed by the National Assembly was to enable its implementation to commence without delay, considering the imminent transition process to another democratically elected government.

He, however, directed the Minister of Finance, Budget and National Planning to engage with the Legislature to revisit some of the changes made to the Executive budget proposal, expressing the hope that the National Assembly will cooperate with the Executive arm of Government in this regard.

He urged the National Assembly to reconsider its position on his proposal to securitize the Federal Government’s outstanding Ways and Means of balance at the Central Bank of Nigeria (CBN).

”As I stated, the balance has accumulated over several years and represents funding provided by the CBN as lender of last resort to the government to enable it to meet obligations to lenders, as well as cover budgetary shortfalls in projected revenues and/or borrowings.

”I have no intention to fetter the right of the National Assembly to interrogate the composition of this balance, which can still be done even after granting the requested approval.

”Failure to grant the securitization approval will however cost the government about N1.8 trillion in additional interest in 2023 given the differential between the applicable interest rates which is currently MPR plus 3% and the negotiated interest rate of 9% and a 40year repayment period on the securitised debt of the Ways and Means.”

To ensure more effective implementation of the 2022 capital Budget, President Buhari thanked the National Assembly for approving his request for an extension of its validity date to 31st March, 2023.

The President directed the Ministry of Finance, Budget and National Planning to work towards the early release of the 2023 capital votes to enable Ministries, Departments and Agencies to commence the implementation of their capital projects in good time to support efforts to deliver key projects and public services as well as improve the living conditions of Nigerians.

Reiterating that the 2023 Budget was developed to promote fiscal sustainability, and macroeconomic stability and ensure a smooth transition to the incoming Administration, the President said it was also designed to promote social inclusion and strengthen the resilience of the economy.

He pledged that adequate provisions have been made in the Budget for the successful conduct of the forthcoming general elections and the transition programme.

According to him, “As I mentioned during the presentation of the 2023 Appropriation Bill, the Budget was developed to promote fiscal sustainability, macroeconomic stability and ensure a smooth transition to the incoming Administration.

“The Budget was also designed to promote social inclusion and strengthen the resilience of the economy. Adequate provisions have been made in the 2023 Budget for the successful conduct of the forth-coming general elections and the transition programme.”

On achieving revenue targets for the budget, the President directed MDAs and Government Owned Enterprises (GOEs) to intensify their revenue mobilization efforts, including ensuring that all taxable organizations and individuals pay taxes due.

To achieve the laudable objectives of the 2023 Budget, the President said relevant Agencies must sustain current efforts towards the realization of crude oil production and export targets.

”To augment available fiscal resources, MDAs are to accelerate the implementation of Public Private Partnership initiatives, especially those designed to fast-track the pace of our infrastructural development.

”This, being a deficit budget, the associated Borrowing Plan will be forwarded to the National Assembly shortly.

”I count on the cooperation of the National Assembly for a speedy consideration and approval of the Plan.”

On the Finance Bill 2022, the President expressed regret that its review as passed by the National Assembly is yet to be finalized.

”This is because some of the changes made by the National Assembly need to be reviewed by the relevant agencies of government. I urge that this should be done speedily to enable me to assent into law,” he said.

Those, who witnessed the signing of the budget include Senate President Ahmad Lawan and the Speaker of the House of Representatives, Femi Gbajabiamila.

The President thanked the Senate President, the Speaker of the House of Representatives, and all the distinguished and honourable leaders and members of the National Assembly for the expeditious consideration and passage of the Appropriation Bill.

”As I mentioned during the presentation of the 2023 Appropriation Bill, early passage of the budget proposal is critical to ensure effective delivery of our legacy projects, a smooth transition programme and effective take-off of the incoming Administration.

”I appreciate the firm commitment of the 9th National Assembly to the restoration of a predictable January to December fiscal year, as well as the mutual understanding, collaboration and engagements between officials of the Executive and the Legislative arms of government.

”These have made the quick consideration and passage of our Fiscal bills possible over the last four years.”

The President expressed the belief that the next Administration would sustain the early presentation of the annual appropriation bill to the National Assembly to ensure its passage before the beginning of the fiscal year.

”I firmly believe the next Administration will also sustain the current public financial management reform efforts, further improve the budgeting process, and particularly maintain the tradition of supporting its Appropriation Bills with Finance Bills designed to facilitate their implementation.

”To sustain and institutionalize the gains of the reforms, we must expedite action and conclude work on the Organic Budget Law for it to become operational before the end of this Administration.”

Acknowledging that ‘‘these are challenging times worldwide,’’ the President concluded his speech at the ceremony by expressing deep appreciation to Almighty God for His Grace, while commending the continuing resilience, understanding and sacrifice of Nigerians in the face of current economic challenges.

”As this Administration draws to a close, we will accelerate the implementation of critical measures aimed at further improving the Nigerian business environment, enhancing the welfare of our people and ensuring sustainable economic growth over the medium- to long-term,” he said.

Speaking after, the Senate President, Ahmad Lawan assured that the National Assembly will work to ensure increased in funds for the government and reduce the rate of deficit in the budget.

“But that is not to say that, we should raise taxes that will be out of the roof to cause problems for our citizens. But I believe that as a National Assembly, in the next five months, we must be looking at increasing the funds available to the government and also ensuring that the deficit budget is minimized in the next assembly by the grace of God,” he said.

On his part, the Speaker of the House of Representatives, Femi Gbajabiamila denied any act of padding or jerking the budget explaining that the lawmakers have done very well in meeting their constitutional mandate, as they don’t want to be seen as a “rubber stamp to the executive.”

“If you understand constitutional democracy, there are different layers of government and it’s called separation of powers. Ours is for us to receive proposals and that’s why they’re called proposals anywhere in the world.

“The National Assembly has done very well in meeting its constitutional mandate. It takes all arms of government to be on board to give a true working document for the country. The executive did everything they could; and we have even a wider view, a bird’s eye view of what’s going on in all the agencies. And we have also complemented what the executive has done. It’s all for the good of the country and that’s what we’ve done.”

It is now for the National Assembly or the legislature to collate all those proposals and look at what’s on the ground in the various constituencies. During the budget defense, we have ministries, departments, and agencies that come to talk to us and we look at the reality on the ground and what they have before them. And whether or not they can actually, execute their mandate as per their ministries and departments.

“It now behooves the National Assembly, where it dims to adjust figures, either downwards or upwards. And that’s exactly what we have done. The problem with the National Assembly is that you can’t win to lose. If you return the budget the exact way it is you’re called a rubber stamp. If you do what you’re supposed to do and adjust figures for the good of the country. You call it jacking up or inflation or padding,” Speaker said.