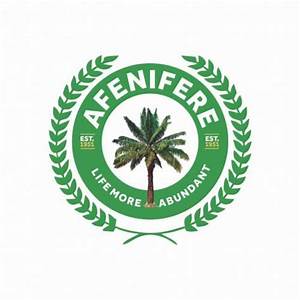 Afenifere, a Yoruba’s socio-political group, in the United Kingdom and Europe chapter, has called on the Nigerian youths to wrestle political power from politicians in the country by 2023.

The group urged the youths to unite and occupy political offices at every level from the grassroots to the federal.

It added that if they could achieve the #EndSARS protests across the country with their united strategy, they can actually get hold of power in Nigeria through their population.

These were contained in a statement by the group on Monday signed by its Secretary, Engineer Anthony Ajayi.

It stated further that Nigerian youths were gifted, talented, creative and innovative in the world, yet most were subjugated by their leaders who also did not provide good governance.

“Nigerian youths understand restructuring, technology, education, sports and modernization as ways to address the country’s multifaced challenges. If they can unite for EndSARS, they can equally unite to retire these old folks tormenting the great potentials of this country.

“Nigeria is the most populous country in Africa with one of the largest populations of youths in the world.

“Nigerian youths right from time are notable to be change agents and drivers of societal transformation. In contrast, in a developing country like Nigeria, youth interests and roles have being undermined, resulting to poverty, alienation, destabilisation and conflict in youths.

“Nigeria is home to over 200million people with an annual population growth of 2.61 percent. Currently, over 33.6 million (16.8 percent) Nigerians are regarded as youths (aged between 18 and 35).

“With the current population of youths, they constitute Nigeria’s only hope for a greater future. Therefore, the youths particularly Yoruba youths must rise up to rescue Nigeria from imminent calamity. They must be actively involved in politics, starting from the ward to center levels. They must refuse to be used as political thugs henceforth. They must unite for the purpose to rescue Nigeria. They can make history with this task. They should get their Permanent Voters Card (PVC) ready before 2023. The PVC is the only tool they can get to cause the real change they are yearning for.

“Virtually, all the current politicians in Nigeria started from their 20s and 30s yet they do not believe in the creative and innovative abilities of today’s youths to govern the country which they enjoyed.”

“The youths between the ages of 18 and 30 years are the major victims of extortion and brutality in the country. They are often framed as lazy and fraudulent and are constantly harassed by the authorities. This, coupled with the fact that 34.9 per cent of them are unemployed, has led to outcries about social vices.

“Unemployment stood at 21.7 million in the second quarter of 2020. The youth account for 13.9 million of this. If this figure participate actively in politics and vote accordingly, Nigeria will be a better place. Enough of the notion that votes don’t count. This has been the gimmick of these old oppressors because they do not want the youths to vote so they can remain in power to continue to trample on their future”, the group noted.