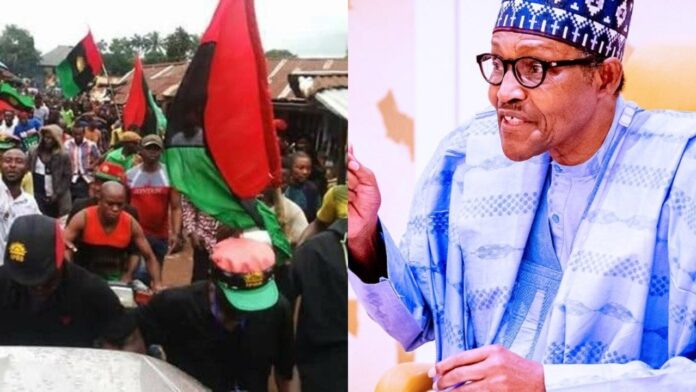 The Indigenous People of Biafra has asked the Federal Government to release its detained leader, Mazi Kanu, on health grounds, before it’s too late.

The group argued that Kanu had not broken any laws, claiming that the IPOB leader had been “criminally abducted” from Kenya and imprisoned unlawfully in Nigeria.

The organization urged Justice Binta Nyako to uphold the integrity of the court system by directing the Federal Government to free the arrested IPOB leader in a statement released by the group’s spokesperson, Emma Powerful, on Thursday.

The group said the unlawful rendition of Kanu from Kenya to Nigeria constituted a natural bar to any prosecution or his further detention in DSS solitary confinement and also a violation of his fundamental rights.

The statement read, “We, the global movement of IPOB, wish to state unequivocally that the rendition of Kanu from Kenya to Nigeria since June 2021 till date is a violation of his fundamental rights.

“No civilised nation in the world, more so, those under common law system of justice, condone kidnapping and extrajudicial transfer of suspects across international borders, without the authority of law grounded in an extradition process.

“Nigeria court must protect the sanctity of the institution of judiciary by ordering for the unconditional release of Kanu on the face of the fundamental violations of international and local laws by the Federal Government in the abduction and extraordinary rendition of our great leader.

“We insist that our great leader, Kanu, should be released unconditionally without much delay and hesitation.”