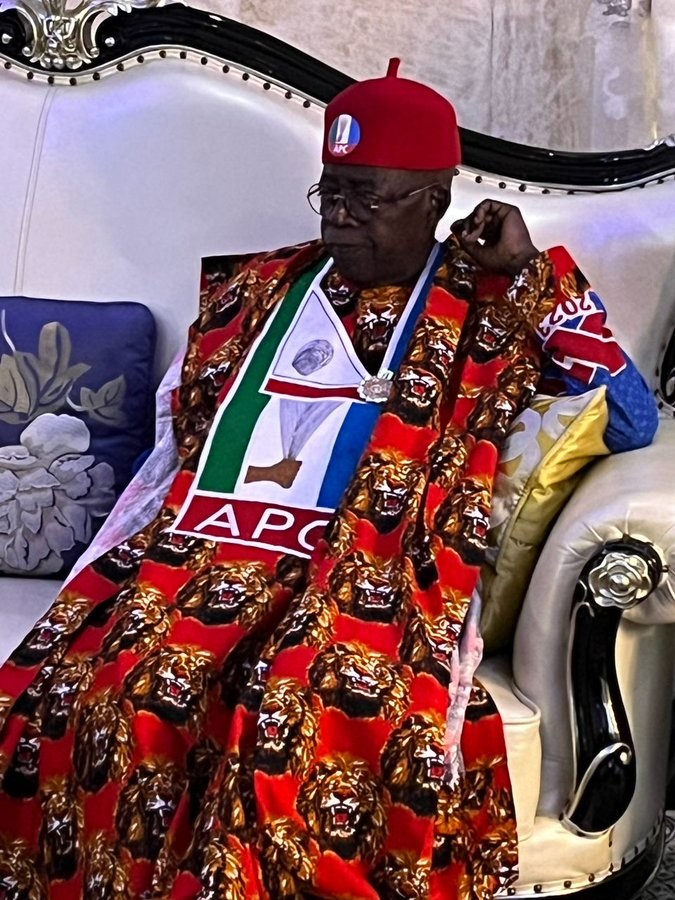 All Progressives Congress Presidential Candidate Asiwaju Bola Ahmed Tinubu has promised to address all issues and policies limiting development in the South East if he becomes Nigeria’s president.

Tinubu said this while speaking at the APC presidential campaign rally in Abakaliki, Ebonyi State on Thursday.

“I commend Governor Umahi for lifting up Ebonyi and for his developmental projects, some of which I commissioned yesterday (Wednesday) and his transformational and impactful leadership,” Tinubu said.

“He has laid a solid foundation for Ebonyi. He remains a good testament to what is possible in Nigeria.”

Speaking on his plans for the Igbo as president, Tinubu said there would be no discrimination against them, same way he encouraged them while he was Lagos Governor.

“I believe in the entrepreneurial spirit of the Igbo. I encouraged a lot of Igbo businesses and investments in Lagos and will even do more if I become president.

“If elected, there will be no discrimination, Igbo’s interests will be respected and protected. I will also encourage policies to aid commerce and support South East states to reach their full potential.

“I will engage the leaders of the South East in a heart-to-heart discussion on all issues agitating their minds.

“If elected, I will address all issues and policies that tend to hinder their commerce and enterprise. I will work with businessmen and women and encourage them to make the South East the Taiwan of Africa,” Tinubu said.

Speaking specifically on his plans for Ebonyi State, Tinubu said, “Working with the state government, I will mechanise the Ebonyi solid minerals sector and install processing plant.

“We will expand Ebonyi agricultural sector and make it one of the largest rice producing states in Africa.”

Governor Umahi said Asíwájú Tinubu believes in merit and competence and had demonstrated this in his past record of service particularly when he was governor of Lagos.

“Asíwájú knows the road, we must follow him. He has shown that he loves and trusts Igbo and our people.

“He has been here since yesterday. He slept here in Abakaliki and ate our food. Only a man who loves you eats your food,” he said.

For Governor Uzodinnma, there is no more lamentation for the Igbo because they are following the right man to take over from President Muhammadu Buhari.

Earlier on Wednesday on arrival in Abakaliki, the APC Presidential Candidate inaugurated some projects put in place by Governor Umahi, including Camp David Estate and Bishop Nnaji Okoro Dualised Road.

And inside the EXCO Chambers in Abakaliki where major traditional rulers in the state had gathered, Asíwájú Tinubu was conferred with the traditional title of Dike Di  Orama 1 of Ebonyi, meaning the warrior the people like, by the royal fathers.

Both Governors Bagudu and Badaru who also addressed the rally heaped praises on Asíwájú.

The Kebbi Governor described him as a kind-hearted and brilliant leader who would treat all parts of Nigeria equally.

Jigawa State Governor Badaru who called Asíwájú a father figure described him a natural leader who gave him a political platform that brought him into limelight for the governorship of the state even when he did not know him in person.