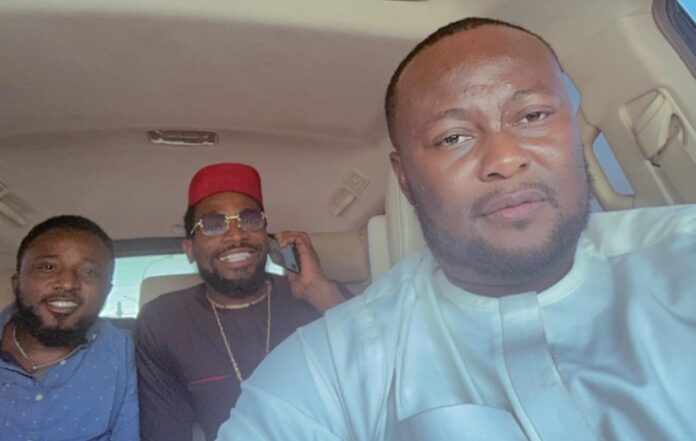 D’banj’s lawyer, Pelumi Olajengbesi, who announced the development on Friday, said the musician was released on self-recognition.

The PUNCH reports that the lawyer had yesterday called for the release of the singer from ICPC custody.

Olajengbesi in a statement on Thursday said D’Banj who was arrested by the anti-graft agency on Tuesday, was innocent of the allegations of fund diversion trailing him regarding the social empowerment programme ‘N-Power Scheme.’

This was also as he demanded that the Ministry of Humanitarian Affairs should make public the names of government officials allegedly involved with D’Banj in the alleged fraud.

But sharing the news of the singer’s release on his Facebook page and a statement on Friday, Olajengbesi explained that nothing incriminating was found on D’banj.

The statement read, “After 72 hours of unfair detention and false allegation against Mr. Daniel Oladapo (D’banj), the Independent Corrupt Practices and other Related Offences Commission (ICPC) on Friday afternoon released the popular singer.

“It is instructive to note that the ICPC released D’banj on self-recognition after the agency could not find anything incriminating on him.

“Nigerians must be told the truth that D’banj is clean and have no criminal or fraud record. It, however, an embarrassment to the entire country that such a huge allegation of N900m fraud against a public figure without any evidence.

“The ICPC Chairman, Bolaji Owasanoye (SAN) and the entire officers of the ICPC must be deeply sad and embarrassed also that their decent organization was used for such a shameful publicity against an innocent man. Only few organizations and persons stood and waited to verify the claims. This form of media trial is evil.

“The Minister of Humanitarian Affairs, Disaster Management and Social Development, Sadiya Farouq, who claimed to have instructed the ICPC to detain D’banj must now be ready to explain to world the money traced to his account and the amount.

“We still demand that the minister provide the details of the government authority D’banj allegedly collaborated with and provide the account and N-power funds allegedly traced to Dbanj’s account.

“This is injustice and upon the instruction of our client, we may head to court to seek redress, a public apology and compensation from the ICPC. The detention of D’banj is an injustice having that the ICPC found nothing incriminating traced to his innocent personality.

“This is to say a big thank you to Chief Mike Ozekhome (SAN) and my Learned Senior Barr. Babs Akinwumi for the leadership.”