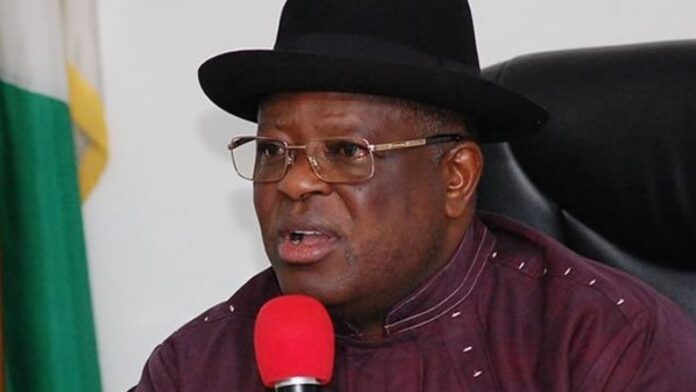 Ebonyi State Governor, David Umahi, on Friday, swiftly made a U-turn on his earlier stance on the presidential candidate of the Labour Party, Peter Obi.

This was as Umahi said he would stage an attention-grabbing reception for the former Governor of Anambra State, adding that “I like what Peter Obi is doing.”

Umahi stated this in an interview on Arise TV, on Friday, and expressed his admiration for the activities of Obi as the 2023 general elections draw nearer.

Umahi further described Obi as a friend and debunked ever saying that Obi would not get any vote in the All Progressives Congress-controlled Ebonyi State.

“Peter Obi is my friend, I’m going to host him in Ebonyi State and I will host him publicly,

“I like what he’s doing, and it’s very encouraging.”

Recalled that Umahi was quoted in the past to have said Obi would not get any vote in the state.

He denied making such comments and accused the Peoples Democratic Party, in his state, of masterminding such narratives.