How to choose healthy presidents – Tinubu and Atiku 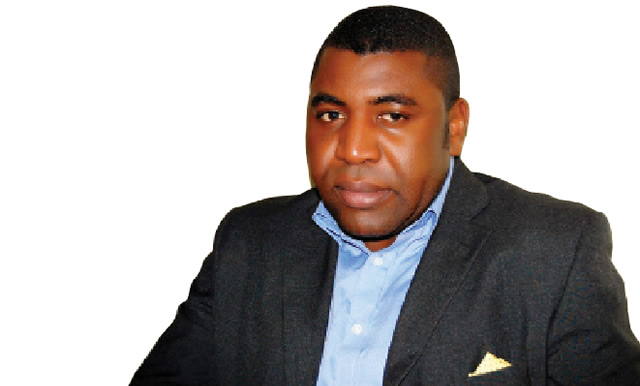 According to the Epistles of Anthony Kila, a Jean Monnet professor of Strategy and Development at CIAPS Lagos. He shared his opinion on choosing a healthy president to rule Nigeria in the epistle he could have easily been titled “A Candidate’s Health and the Rest of Us”.

Today’s epistle could have easily been titled “A Candidate’s Health and the Rest of Us”, that would have been a general title to introduce and discuss what we as citizens should know or care about some personal aspects of the lives of those planning to stand for elections in a bid to rule or serve the rest of us in any capacity, our rights as voters and citizens and indeed the duties of candidates and politicians. Should we as citizens and voters care about the health of politicians, if yes, why and if no, why?

Events of the last days, however, make it difficult to remain theoretical or even just general and lest we become guilty of what we accuse others of, it is important we address a topical issue that affects all of us. Yes, I refer to the issues or shall we say speculations around the health of Asiwaju Bola Ahmed Tinubu, presidential candidate of the All Progressive Congress (APC), who is regarded by all objective observers and partisan participants as one of the possible winners of upcoming presidential election hence a likely next president of the federation.

In the rather unlikely event that you missed it, here are some relevant facts: shortly after his victory at his party primaries, Asiwaju Bola Tinubu left the country for the UK where it was speculated that he went to rest or for the treatment depending on who you are listening to. You can easily guess who is saying “to get some rest” and who is speculating that “he went for treatment”. Such a divide is one of the collateral damages that partisan politics have reduced us to.

Thanks to partisan politics, facts and logic do not seem sacred anymore in our society, people say things depending on who they support, it matters little if true, reasonable or just, what matters is to win the argument and to win the argument, normally sane, sound and reasonable people will resort to cheap sophism, believe lies and even justify and propagate the untenable. I am digressing, back to Asiwaju Bola Tinubu.

The issue around the health of the APC presidential flagbearer gained more attention when the man did not turn up at the ceremony for the signing of the famous pre-election peace accord conceived and coordinated by the National Peace Committee (NPC) co-led by former Head of State, General Abudulsami Abubakar and other eminent leaders of thoughts and faith. Instead, Asiwaju Bola Tinubu was represented at the event by APC vice presidential candidate, Alhaji Kashim Shettima. So far, Alhaji Kashim Shettima has been arguable the most discussed, most exposed and most engaged vice presidential candidate in the ongoing electoral process, besides the Muslim Muslim ticket palaver, the running mate was also the one that appeared at the NBA conference in Lagos.

The tangible value of this impressive ceremony called the peace accord can be debated but here are three facts that cannot be debated. One is that the ceremony has become a tradition if not an institution in the Nigerian democratic process, the second fact is that all presidential candidates (at least the leading ones) find time to attend in person and they did so this year again, third fact is that with Tinubu’s absence at the ceremony, he has made history as the first presidential candidate not to attend the ceremony.

Amid insinuations, suspicions, speculations, accusations and denials, about the status of his health, candidacy and even his being alive, Asiwaju Bola Tinubu released a video of him working out in a bid to put an end to speculations and insinuations by his foes and to reassure his supporters and the general public. The move however has not really worked. Many argue that the video is not recent and that tells you the level of trust people have for leading figures in society. Others have pointed out that the fact that the candidate has to prove that he is well is in fact proof that he is not so well. I think it is a good thing that Asiwaju Bola Tinubu has tried to show that he is well, I think it is a good thing because it shows that the candidate is not deaf to conversations and concerns in the land.

Two crucial elements of effective leadership are the ability to understand the current need and mood of the steered and the ability to provide vision and solutions that will meet needs and improve mood. It seems clear that Nigerians want someone who is hale and with enough stamina to deal with the many issues the country and its people are facing. It is therefore legitimate to ask for proof from politicians seeking to govern that they are indeed fit to rule. The demand is not a new one, in our traditional societies, it is agreed that part of the minimum requirement for a monarch is that he is mentally and physically fit. Just as it was then so it is now, the ruler must not be frail in body or in mind.

Ideally, if someone says “I am healthy” that should be the end of the story but such is not the case in modern society wherein citizens live by checklists and proof of this and that. Just as offices ask the rest of us for proof of our date of birth, place of residence and proof of income perhaps it is time the rest of us insist that politicians provide proof of their good health. A clean bill of health issued by independent physicians that attests that the candidate is physically and mentally fit to carry out activities an elected is bound to carry out is not too much to ask for. Whilst at it, the statement of good health might as well disclose past ailments and possible ones.

Is this an intrusion into the private life of a person? Yes, it is but a person that wants to lead millions of the rest of us is not a private citizen minding his or her private business. Yes, it is but even without seeking for a messiah, it is safe to consider that the ruler should not just be one of us but the best of us. The ambition of each one of us is a legitimate right but the rest of us have us have the duty to make sure we allow only the most suitable to aspire to lead us. Though easy to overlook because our system is designed to lower the bar for those who can vie for office it might help here to remind ourselves that the term “elect” comes from “eligere” in Latin which is to pick, to choose the most suitable. This principle of choosing the most suitable is valid in all climes and circumstances. A country that has lived the history of Presidents Umaru Musa Yar’Adua and Muhammadu Buhari should however by now be teaching the world how to choose healthy presidents.

Given that we do not have his medical files we cannot be certain about anything, Asiwaju Bola Tinubu’s health is however an opportunity for the rest of us to grow as a people. Those who are in the know should help him prove, with verifiable facts and figures, to the rest of us that he is truly hale and healthy and this applies to all other candidates too. The rest of us might not have their medical files or even know about their health status but just like it was in the past so it is now, some people know the truth and if there is someone, anyone, that knows a candidate is not healthy enough to rule and yet tries to foist such candidate on the rest of us, it is safe to say that such a person or people are not patriots but scoundrels and enemies of the rest of us.